'Healthy' and 'handmade' industrial chips: it is false advertising. Companies fined by the Antitrust

They are not artisanal chips, they have no health properties. The Antitrust Authority has unmasked (and fined), following the complaint of the National Consumers Union, some producers of potato chips in bags who have adopted messages that do not correspond to the real characteristics of these products. It is misleading advertising

They are not homemade chips, they have no health properties. The Antitrust Authority unmasked (and fined), following the complaint of the National Consumers Union, some producers of chips in the envelope who have adopted messages that do not correspond to the real characteristics of these products. IS misleading advertising.

The overall fine exceeds one million euros and it has been ascertained that some companies, through suggestive words and images, attributed specific products to certain nutritional or health characteristics incorrect or provided information, regarding the composition and ingredients or methods of processing or cooking, even with boasts of craftsmanship, despite their industrial nature.

But the representative methods chosen did not comply with the Community provisions on the subject (EC Reg. N. 1924/06), as the percentage of reduction claimed was lower than that allowed or lacking or not adequately combined - in the same visual space and with the same graphic evidence - to the specific term of comparison used as the basic version of the same product.

THEY ARE NOT ARTISANAL - According to the Agcm, three companies have adopted “Pride of craftsmanship"That did not correspond to the real characteristics of these products:" Eldorada potatoes cooked by hand "and" Alfredo's "by Amica Chips; the line "La patatina artisanal" and the "Da Vinci chips" by Pata; and Ica Foods' "Le Peasant - Made by Hand".

LOW QUANTITY OLIVE OIL - Three companies then gave particular graphic emphasis to the presence of olive oil in their respective packages (Line "Authentic trattoria all'olio olive" of San Carlo; “Eldorada the traditional with olive oil” by Friend Chips; "Da Vinci chips: con extra virgin olive oil"), Failing to highlight the actual percentage used: the quantity was indicated only on the back of the envelopes and was much lower than that of other vegetable oils.

NO HEALTHY properties - Two companies, moreover, "presented in an ambiguous and omissive manner - in the opinion of the Antitrust - the real and distinctive characteristics of some products (“Rustica - Cracco's recipes” of San Carlo and the different variants of “La patatina” by Amica Chips), thus giving consumers the erroneous belief that these packages were clearly different from the basic product or the flavored variant. And finally, Ica Foods has credited the product "Crik Crok & Blue" health properties which were still controversial in the scientific community and in any case not authorized by the European Commission. 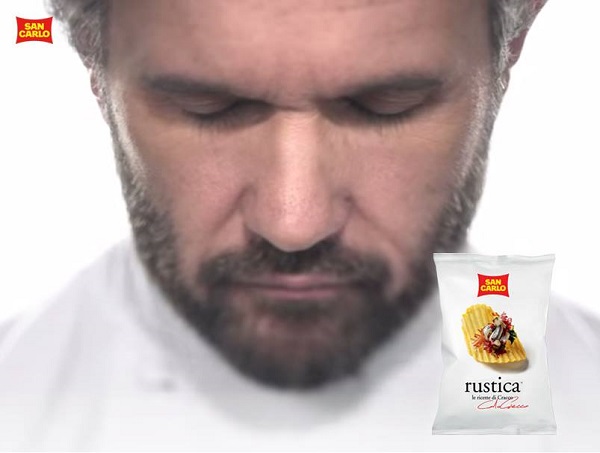 CONSUMERS DECEIVED AGAIN - "Well the penalty for misleading advertising on the pride of craftsmanship established by the Antitrust after our report", declares Massimiliano Dona, Secretary General of the National Consumers Union. "The Antitrust was able to ascertain a situation of serious information neglect by some players, while for others the complaints appear less significant: rather it remains to be noted that, while some producers, already pending the Antitrust investigation, have already equipped themselves to change the packs, others still persevere in deceiving the consumer, declaring the craftsmanship of the product, which is particularly serious, since it is a sector in which consumer choices are often influenced by the production characteristics of the chips ".

Why be fooled when we have a choice? The chips (and not just potatoes) let's make them at home by ourselves ...

Chips for all tastes: 10 alternative recipes to French fries

Green and sprouted potatoes: here's why not to eat them. The BfR warns about the risks ❯

add a comment of 'Healthy' and 'handmade' industrial chips: it is false advertising. Companies fined by the Antitrust