Health, the new Lea arriving and the blow on health tickets 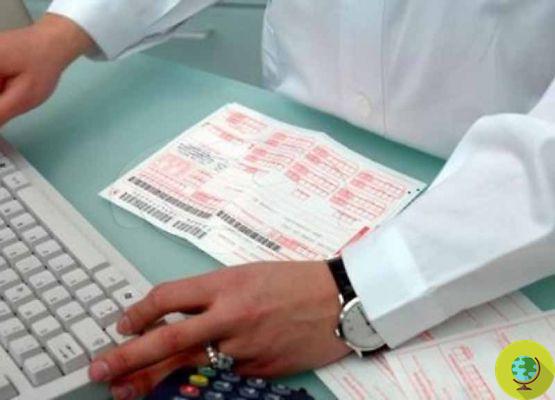 The Ministry of Health has officially approved the new Essential Levels of Assistance (Lea), i.e. the treatments and services guaranteed to citizens free of charge or by paying a ticket. But, on the other hand, the impact on the health tickets themselves promises to be of no small importance.

Health tickets and new Lea: a beautiful revolution in the healthcare sector is expected in 2017. The Ministry of Health has officially approved the new essential levels of assistance (Lea), i.e. the treatments and services guaranteed to citizens for free or by paying a ticket. But, on the other hand, theimpact on the health tickets themselves promises to be of no small importance.

The new formulation of Lea includes heterologous and homologous assisted fertilization, new vaccines (such as anti-Papillomavirus, which will also be extended to males, anti-Pneumococcus and anti-Menincococcus), screening at birth and '' exemption from the ticket for those suffering from endometriosis.

There are also treatments for celiac disease, the prosthetic nomenclator (which provides for the prescription, among others, of new computer and communication aids, hearing aids and four-wheeled scooters) and the treatment of autism, which includes early diagnosis, individualized care and treatment, integration into social life and support for families.

The Ministry also announces a step forward for the rare patients with the exemption from participation in the cost of 118 rare diseases and the revision of the list of chronic diseases.

The other side of the coin

All good news that will inevitably have repercussions on health tickets. On the one hand there is certainly an expansion of guaranteed services, but on the other hand they are envisaged cuts in healthcare spending imposed on the Regions which could turn into ticket increases that the Chamber and Senate Commissions hypothesize at around 18 million euros.

Also, for families they could come increases in overall spending also due to the exclusion from Lea of ​​some particularly widespread pathologies such ashypertension, for which there will be no more benefits except when it involves serious organ damage.

A real contradiction from which derives the request of the Senate Hygiene and Health Committee for a "careful, cautious evaluation" of the effects on citizens. The National Commission for the updating of Lea's will have to deal with this too, called for a first check by 28 February.

Did you know that tomatoes shouldn't be stored in the refrigerator? ❯

add a comment of Health, the new Lea arriving and the blow on health tickets