Headache? Your migraine could be the fault of your genes, the twin study 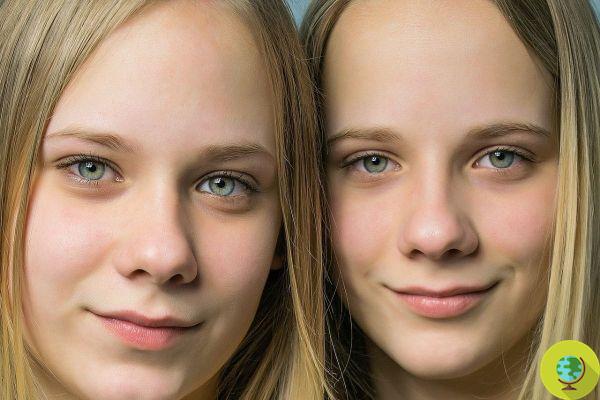 A study conducted in pairs of twins reveals genetic risk factors for the onset of migraine and post-traumatic stress.


Lo post-traumatic stress (post-traumatic stress disorder or PTSD) is a psychiatric disorder that generally occurs after a traumatic event (such as an experience that has endangered the individual's life): obviously many people undergo experiences with a strong emotional impact at least Once in a lifetime, however, not everyone develops PTSD - this has led scientists to wonder why some people are 'predisposed' to PTSD and others are not.

PTSD often occurs together with the most common migraine, but until now researchers have not been able to explain why these two phenomena co-occur. A new Australian study is the first to investigate whether the conditions that allow the onset of these disorders have a common genetic basis. The researchers started by observing pairs of monozygotic twins, one suffering from migraine and PTSD and the other not, and they saw how commonalities can play a role in the onset of the two disorders. These genes can help understand why the two problems occur together and provide new insights into creating targeted medical treatments.

Those experiencing post-traumatic stress disorder are more prone to migraines as well, and this suggests the presence of common risk factors for these two conditions. The answer may lie in epigenetic shifts. L'epigenetics it is a branch of genetics and explains the influence of the environment in which we live on our genes, with biochemical modifications to DNA. Monozygotic twins have exactly the same genes, but different life experiences can result in different epigenetic changes.

Using this peculiarity of twins, the researchers tried to understand which genes show altered activity in cases of PTSD and migraine and what conditions are common in these changes. Six pairs of twins were involved in the study, in which both had suffered traumatic events but only one of the two suffered from PTSD (given the rarity of the conditions necessary for the study, the sample examined was very limited, but still effective). The study also involved other pairs of twins, of which only one suffered from migraines.

The results suggest that common genes and traumatic experiences are involved in the onset of disorders such as migraines and PTSD - explains the professor. Divya Mehta, author of the study. - This could imply that environmental risk factors common to both disorders affect the behavior of these genes, and it would also explain why PTS and migraine co-occur so frequently. This study offers new insights for future therapeutic treatments for these diseases, which can then be treated together.

'Wine' headache: this is what it is due to ❯

add a comment of Headache? Your migraine could be the fault of your genes, the twin study