HDL cholesterol, not always as good as you think

What we have always considered "good cholesterol" (HDL), in new research has actually turned out to be as bad as LDL.

Doctors often speak of cholesterol in terms of "bad" and "good" thus distinguishing cholesterol LDL from that HDL, the first particularly dangerous for the health of arteries and heart, the second instead beneficial for its protective capacities. But now new research has shown how HDL cholesterol can also be potentially dangerous.


What some researchers at the Cleveland Clinic in the US have discovered is that if some proteins present within HDL cholesterol are oxidized, this substance becomes bad from being good, thus losing its cardioprotective properties and, on the contrary, becoming inflammatory, promoting atherosclerosis.

Going more specifically, Professor Stanley Hazen, an expert in Preventive Cardiology and Rehabilitation and his research team, found that when arterial narrowing and stiffening occurs it builds up in blood vessels. the protein apoA1 (of which the "good" cholesterol is rich). This protein allows cholesterol to pass from the arteries to the liver and therefore to be easily disposed of. The problem, however, is that, as the researchers noted, this protein tends to accumulate on the walls in an oxidized form and that is why it actually fails to perform its important function well. 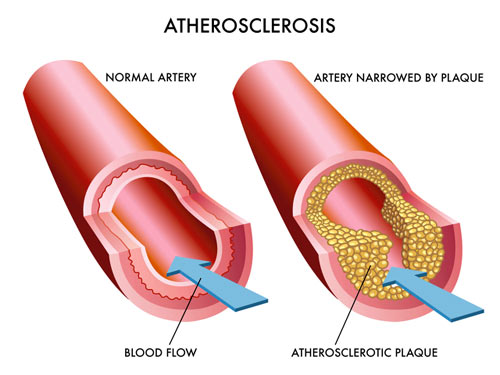 To arrive at this conclusion they were 627 patients analyzed and what we have seen is that the more the good cholesterol and the ApoA1 molecules in oxidized form increased, the greater the risk of incurring cardiovascular problems.

The study, published in Nature Medicine, is particularly important and allows to explain the failure of some pharmacological therapies that work to increase the levels of good cholesterol but fail to obtain the hoped-for benefits on cardiovascular health.

"Identifying the structure of non-functional apoA1 and the process by which it begins to promote disease rather than prevent it is the first step towards creating new tests and treatments for cardiovascular disorders," said Hazen.

- Tomato: when cooked, an effective weapon against hypertension and high cholesterol

Cholesterol: If you're taking statins, this odor is one of the more annoying side effects ❯

add a comment of HDL cholesterol, not always as good as you think