Stories of slavery and exploitation, this is what would be hidden behind the famous gummy bears of the well-known brand Haribo, marketed all over the world. Underpaid workers left without water to sleep outdoors. The allegation against the company was delivered after a German documentary aired.

Stories of slavery and exploitation, this is what would be hidden behind the famous gummy bears of the well-known brand Haribo, marketed all over the world. Underpaid workers left without water to sleep outdoors. The allegation against the company was delivered after a German documentary aired.


Raise your hand if you have not tasted at least once in your life, one of the famous colored and gelatinous fruit-flavored bears or all its variants: farm animals or even dinosaurs and even flamingos.

Candies that contain sugar, glucose syrup, starch, fruit flavors, dyes, citric acid and gelatin, but which are all coated on the outside with a thin layer of carnauba wax.
This ingredient ensures that they are shiny and that they do not stick to each other in the package: a component that we could define accessory and that is produced from palm leaves.

And it is precisely behind the collection of these leaves that incredible stories of exploitation of workers are hidden, so much so as to speak of slavery.

The revelations are the result of an investigation carried out by the German public television Ard in the investigation program 'Brand check' (Brand control) who discovered that the production chain that brings the bears to the shelves is not so linear. 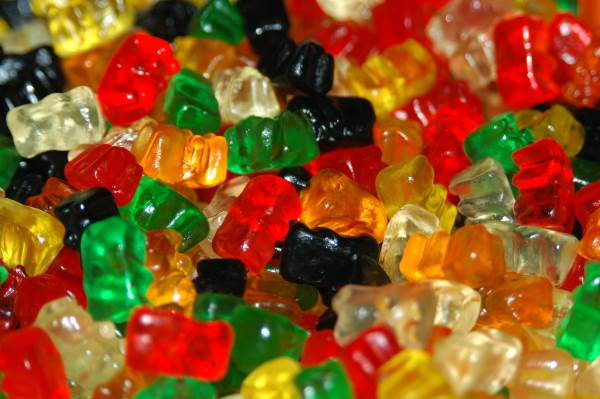 Carnauba is produced in Brazil, particularly in very poor states such as Piaui, Ceara, Maranhao, Bahia and Rio Grande do Norte where workers, many of them minors, are paid ten to twelve dollars a day for 8-hour manual labor, forced to live outdoors or in trucks, without drinking water and sanitation.

But not only that, their very life is continually undermined by the tools they use to collect the leaves: sickles tied to long sticks. After the diffusion of the images transmitted in the documentary, the Haribo company is now allegedly under investigation exploitation of people and animals.

As we know, Haribo candies are the most famous in the world, in fact the company is a world leader on the market in the confectionery sector, but this would be the result of a work at the limit of slavery carried out by workers who live close to the wax plantations of carnauba. This type of wax is usually found in car oil, shoe polish, and lip balm.

All this was also testified by a Brazilian official from the Ministry of Labor who had revealed that in recent times there were many complaints about the carnauba wax industry and that many people had been found working in conditions' that could be described as di slavery, with workers treated worse than animals'.

The problem then also concerns another ingredient: gelatine made from animal fat. The Haribo candy company would rely, in Germany, ad farms in which the animals are piled on top of each other. The images speak for themselves: pigs covered with feces and wounds and forced to live next to the corpses of those who did not make it.

All this, precisely to produce the candy jelly made from pig bones. Both the production of wax and that of gelatine are managed by producers who have won the Haribo contract: in simple terms, they are third-party companies that sell the products to the confectionery house.

After the diffusion of the investigation by the German ARD network, the response of the Haribo arrived.

“We would like to point out that we are extremely concerned by some of the images shown. The conditions on the Brazilian pig farms and plantations shown are unbearable. Our fundamental attitude in this regard is: social and ethical standards are indivisible and non-negotiable, ”said a Haribo spokesperson.

An answer that would suggest that the company was not aware of this sad reality, so much so that it says it has sent the managers of their qualitative commission to check the conditions on the plantations and farms, which supply the carnauba wax. and gelatin.

"We are the company that wants to bring joy to children and adults, so we cannot accept that our social and ethical standards are ignored," continued the spokesperson.

However, there are those who do not believe in the good faith of the company, but on this point the last word will lie with the judiciary which is investigating to understand whose responsibilities are.

Unfortunately, these are not the only stories of exploitation:

add a comment of Haribo: the famous gummy bears are allegedly produced by enslaved workers