Hallucinogenic mushrooms, the "breakthrough" therapy for depression according to the FDA 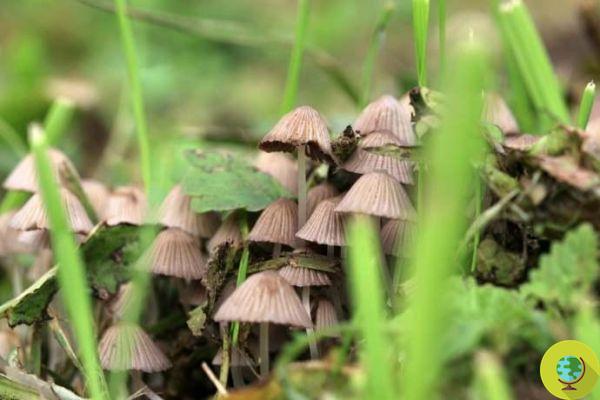 
"Breakthrough therapy" (literally "breakthrough therapy") to put it in the Americans: that particular designation of "revolutionary therapy" that comes directly from the FDA and concerning hallucinogenic mushrooms as a therapy for depression resistant to the most common treatments.

The American government body that regulates drugs and foods has in fact designated a psychoactive compound present in mushrooms as a curative path that can offer greater benefits than the more frequent ones in the treatment of depression.

The substance in question is psilocybin, which already hit the headlines a year ago thanks to an English study. It was then, in fact, that the researchers demonstrated that the benefits of using psilocybin in patients with resistant depression (as many as 100 million people worldwide have a resistant form of depression that does not respond to available treatments) lasted up to 5 weeks later. Furthermore, that same compound was able to change the activation of the brain areas associated with depression, as seen through functional magnetic resonance imaging.

In this case, the Fda designation comes following the first results that emerge from a clinical study still in progress of phase 2 - intermediate stage of the clinical trial that generally involves dozens of patients. This research is evaluating what the optimal dose of the drug may be in patients with resistant depression.

In the event that this therapy passes the final phase 3 of the clinical trial, the FDA must recommend a change of the restrictive category in which it is registered, precisely because it has just been designated as breakthrough therapy. The current category, in fact, includes all drugs whose medical benefits are not known and which can cause severe addiction, while for example a research group led by the Johns Hopkins University School of Medicine suggests in a study on Neuropharmacology that this therapy can move to a different category in which sleeping pills are also found, but obviously with much tighter control.

This control, the researchers continue, would require therapy to be strictly managed and coordinated by the doctor. In fact, the Johns Hopkins researchers point out that this compound is not without risk.

In this way, if psilocybin confirms its positive effects and above all its superior efficacy in cases of resistant depression, in a few years the most serious patients will be able to have it available.

Stuffed mushrooms in a pan: vegan recipe with potatoes and pistachios ❯

add a comment of Hallucinogenic mushrooms, the "breakthrough" therapy for depression according to the FDA