Green tea and corn starch against blood sugar and diabetes 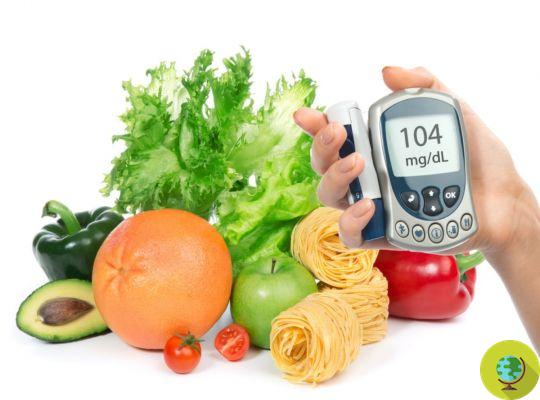 A substance found in green tea helps reduce blood sugar levels. This is what a team of nutrition researchers from the American University of Penn State has discovered. According to the scientists, this unique discovery could lead to new eating strategies for people who are overweight or have blood sugar problems and diabetes.

A substance present in the green tea help arreduce blood sugar levels. This is what a team of nutrition researchers from the American University of Penn State has discovered.
According to the scientists, this singular discovery could lead to new dietary strategies for overweight people or who have problems with blood sugar and diabetes.

The "miraculous" ingredient is called epigallocatechina-3-gallate, or more simply EGCG and from the tests carried out in the laboratories of the University, after taking EGCG through the common green tea, "the peaks of glucose in the blood - said Professor Lambert - are lower than 50% compared to normal".

But what is the ideal dose to keep sugars under control? A cup and a half of green tea every time we eat!

But there's more: according to Professor Lambert, who has worked side-by-side with professors and nutrition experts, such as Sarah C. Forester, and newly graduated students, such as Yeyi Gu, the EGCG substance has shown particularly evident results and encouraging in cases where it was at the same time associated with cornstarch intake!

This means that epigallocatechin-3-gallate goes to the aid of diabetics, because it is able to perform its control action on sugars at its best when the most dangerous foods are ingested, such as bread, croissants and sweets in general!

"If what you eat to accompany your green tea contains corn starch, you will certainly see more benefits - Lambert said - so, for example, if you plan to drink tea and baked donuts for breakfast, the substance contained in the drink can keep your blood glucose levels under control, which otherwise would inevitably increase ".

Different effects instead with glucose or maltose.
According to what is also reported on the online version of the "Molecular Nutrition and Food Research”, if - instead of corn starch - green tea is accompanied by glucose or maltose, the results on the control sugars are scarce.

The merit therefore is above all ofcornstarch, in combination with the EGCG!
According to scientists, therefore, the winning mix could lead to a demolition of some well-established habits: for example, it may no longer be fundamental. reduce the amount of sugar in tea, because this is naturally reduced if we accompany the drink with corn shortbreads!

Of course, in order to ascertain all this, researchers will have to further test the effect of this "magical" combination and find new confirmations!

- The 5 natural antibiotics that are good for our health

- Rooibos: history, properties and all the benefits of red tea