Greek yogurt is a food that is increasingly found in supermarkets as an alternative to the more traditional yogurt. But what are its properties and the uses that can be made of it?

Greek yogurt is a food that is increasingly found in supermarkets as an alternative to the more traditional yogurt. But what are yours properties, its characteristics and usi what can be done with it?


The feature that makes this yogurt special is undoubtedly its own consistency, decidedly more compact and dense than that of the classic yogurt that satisfies the sense of hunger and gives a feeling of fullness. This is obviously an advantage for those on a diet and want to use this food as a snack or as the basis of a protein breakfast that is able to get to lunchtime without glycemic peaks or the need to eat again.

GREEK YOGURT: THE DIFFERENCES COMPARED TO THE NORMAL ONE

The difference between your types of yogurt obviously lies in the productive process: Greek yogurt is subjected equally to fermentation but in more filterings.

Just like traditional yogurt, Greek yogurt is mainly produced from cow's milk (but it can also be prepared from goat or sheep's milk) subjected to fermentation by some bacteria (lactic ferments) which have the ability to break down lactose into its two basic components: glucose and galactose. At this point the galactose is used by the bacteria for their own metabolism and lactic acid is formed in its place, which is what makes the taste of this food acidic. What changes compared to the preparation of traditional yogurt è filtering which in the case of Greek yogurt is greater.

Like the traditional yogurt, the Greek one too exists in two versions: full and light, the latter is very low in fat (about 3%). However, both solutions are low-calorie even if obviously the whole yogurt will offer a few more calories.

The third filtering ensures that this yogurt, in which practically all the liquid is eliminated, contains a lot less sodium than the traditional one and therefore makes it suitable also for those who follow diets in which you try to limit this substance to a minimum. Also thanks to its production, Greek yogurt it is almost lactose free which makes it more digestible even for those who are intolerant of it.

What remains at the end of all filters is a more concentrated and protein-rich product ma less sweet as most of the sugar is also eliminated in the production process.

Beyond the denser consistency, the taste of Greek yogurt compared to traditional yogurt is not very different and is therefore generally appreciated by everyone. 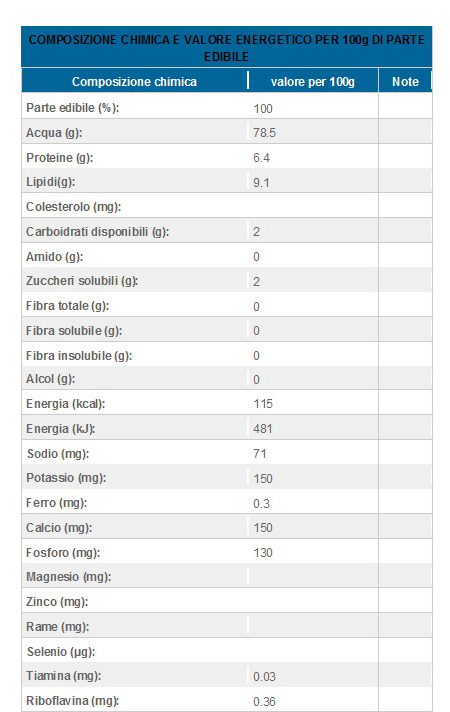 Lo whole greek yogurt brings about 115 calories per 100 grams, the light version instead reduces the calorie intake to about half, therefore between 50 and 55 calories per 100 grams. The light version, however, is created by subjecting the yogurt to an industrial process useful for eliminating most of the fats, it is always better to choose the most natural variant possible.

Greek yogurt lends itself to various uses in the kitchen. Mostly known as a key ingredient in tzatziki sauce, this fermented food is actually great for both making savory recipes and desserts.

It can be used to dress bruschetta, wraps, crepes but it is also excellent for enriching salads, making risottos or other first courses creamier and tastier. You can put it in smoothies instead of milk or still enjoy it as it is for breakfast or snack accompanied by fresh fruit or dry and oily seeds.

If, on the other hand, you want to experience real rgreek yogurt-based icette, here is a collection for you.

Read also: GREEK YOGURT: 10 EASY AND FAST RECIPES TO USE IN THE KITCHEN

add a comment of Greek yogurt: properties, peculiarities and uses