Grandmothers have a scientifically beneficial side effect on their grandchildren 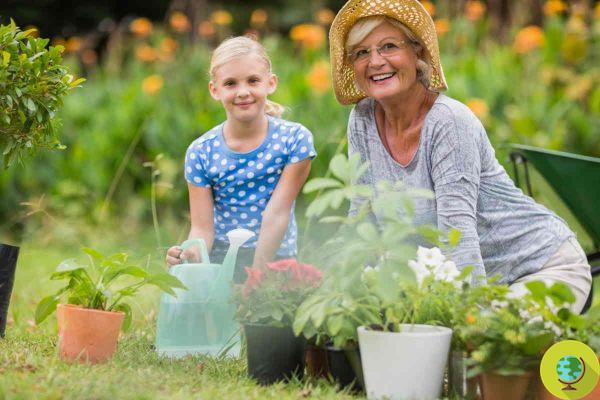 A recent study highlighted how neurologically special the grandmother-grandchild relationship is, they have a strong instinct to protect their grandchildren and are biologically well equipped to attach themselves to them.


The role of the grandmother, but in general of the grandparents, is essential for the growth of children and those who have been lucky enough to benefit from this bond find confirmation in a new American study.

Researchers from Emory Univesity, Georgia, conducted a test on 50 grandmothers of different ages and backgrounds, performing a functional magnetic resonance, while the ladies were shown pictures of their grandchildren aged 3 to 13, but also of other subjects, such as children, but in adulthood.

According to anthropologist and neuroscientist James Rilling, main author of the study, observing the grandchildren in the photo would have activated some specific areas of grandmothers' brains related to emotional empathy which would allow you to feel and feel exactly what the little one was feeling.

Rilling specifies, explaining that most of the studies existing today focus more on diseases such as Alzheimer's than on these aspects.

The American team also proved that theempathy would transform with growth from emotional to cognitive. The results would in fact have shown that grandmothers would feel the same emotions as grandchildren in childhood, but during growth they would tend to dwell more on what they think and why.

Un special and deep bond that would be created, scientifically speaking, in the same way between mothers and young children. A plausible explanation would seem to be the very strong sense of protection that not only mothers feel towards a small child, but also grandmothers. A special connection that Rilling also dubbed "hypothesis of the grandmother".