Grandmothers' exposure to the infamous DDT is still affecting grandchildren 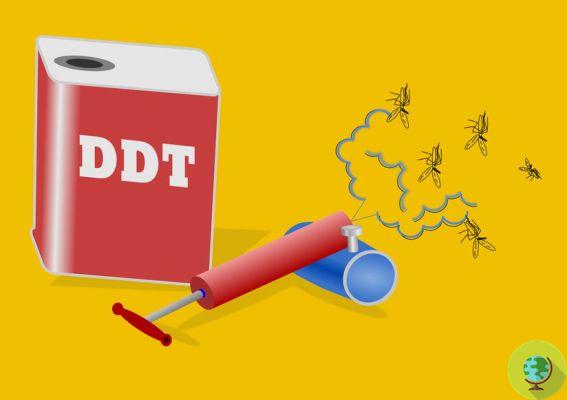 The effects of the DDT pesticide are still visible today. Risks higher for women whose grandmothers have experienced exposure to the pesticide

The effects of the DDT pesticide are still visible today. Risks of obesity and breast cancer higher for women whose grandmothers experienced exposure to the pesticide


Unfortunately, the effects of the DDT pesticide are still visible today - despite its use being banned for nearly 50 years. It is the surprising result of a study conducted in the United States: Young women today may face higher health risks associated with breast cancer due to the negative effects of exposure to the toxic pesticide of their grandmothers, who have gone through three generations.

The research was conducted by the Public Health Institute's Child Health and Development Studies together with the University of California and shows how the effects of exposure to the chemical pesticide have passed through three generations: the granddaughters whose grandmothers were exposed to the DDT pesticide they have higher levels of obesity and an earlier onset of menstruation. This can increase the risk of breast cancer as well as high blood pressure, diabetes and other cardio-metabolic diseases.

The study project followed 20.000 pregnant women and their families for over 60 years - starting in the late 50s, when DDT use was widespread (the pesticide was banned in 1972). The women underwent simple blood tests during pregnancy and shortly after delivery, which tested for the presence of DDT and its chemicals. It has been observed that the risk of obesity for young women today is 2/3 times greater if their grandmothers had high levels of DDT in their blood during or just after pregnancy. For them, the possibility of having an early menstrual cycle is also more frequent. DDT and its derivatives are known to disrupt endocrine processes, which can interfere with natural hormones essential for development. These correlations suggest that DDT-induced disruption of the endocrine system begins in eggs decades before they are fertilized.

“We already know that it is almost impossible to avoid exposure to many chemical agents present in the environment, which cause endocrine alterations. Now our study shows for the first time that chemicals such as DDT can pose a threat to our grandchildren as well, ”says Barbara Cohn, author of the study. "In combination with our studies on the effects of DDT on generations of grandmothers and mothers, our work suggests that we should take precautionary measures on the use of other chemicals that affect the human endocrine system, as their effect could affect generations. successive in ways we cannot predict now. "

Lexicon of happiness: the book that makes us understand how to live better by reinterpreting 33 words ❯