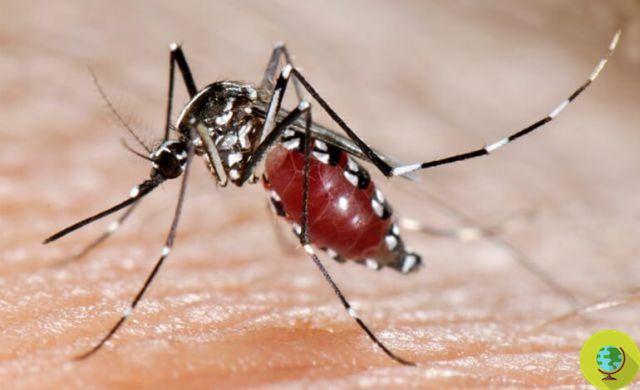 What does Google have to do with mosquitoes? Well in California, the IT giant has decided to take the field against the Aedes Aegypti species (tiger mosquito) responsible for the spread of dangerous viruses such as Zika. The idea is quite original: to defeat the mosquitoes, other mosquitoes will be released!

What does Google have to do with mosquitoes? Well in California, the IT giant has decided to take the field against the Aedes Aegypti species (tiger mosquito) responsible for the spread of dangerous viruses such as Zika. The idea is quite original: to defeat the mosquitoes, other mosquitoes will be released!

The tiger mosquito can, in some cases, become a vehicle for dangerous diseases including yellow fever or dengue. Its diffusion is very extensive in most of the world and attempts are made to run for cover with all available means. An innovative method comes from Google and specifically from the biotech division Verily that in the city of Fresno in California has decided to free as many as 20 million modified mosquitoes.

Insects, all male, were raised through a particular robot and infected then with a natural bacterium and harmless to humans (the Wolbachia) capable of making them sterile. In this way, therefore, by mating with female mosquitoes, eggs will be produced which, however, will not be able to develop and hatch. The goal is obviously to reduce the presence of these insects in order to avoid possible health problems for the population.

The project called ‘Debug Fresno'plans to free 1 million mosquitoes every 7 days for 20 weeks by systematically monitoring the situation in order to assess whether the test obtains good results or not and later to understand if it is appropriate to extend the initiative to other cities or areas at risk. The modified male specimens will be released by means of special vans in two districts on a total of approximately 300 hectares.

Residents were obviously warned not to worry about the unusual increase in mosquitoes in circulation and were also reassured by the fact that, being males, there is no risk of an increase in stings.

“We hope to demonstrate the success of Debug Fresno which will benefit the local communities working with us in this studio and, later on, other global communities where Zika, dengue and chikungunya are endemic,” said the Google division involved in the project.

On tiger mosquitoes and Zika you may also be interested in:

It is actually not the first time that a project like this has been devised to combat the spread of mosquitoes that are potentially dangerous to public health. We already told you a few years ago about another initiative born in Florida in which the protagonists were always modified mosquitoes with the aim of reducing the existing population.

These will truly be the weapons of the future to keep the spread of mosquitoes at bay?

Does Gordon Ramsay say no to foie gras in his restaurants? ❯