Golden milk: why you should take turmeric golden milk every day

We can call it Golden Milk, or golden milk. It is a turmeric-based drink with numerous benefits, which is especially recommended for those suffering from joint problems and those looking for a natural anti-inflammatory.

We can call it Golden Milk, or golden milk. It is a drink made from turmeric by the numerous benefits, which is especially recommended for those suffering from problems with joints and to those looking for a natural anti-inflammatory.


The benefits of Golden Milk are mainly due to the presence of turmeric. This oriental spice now very well known also in our country contains a beneficial substance called curcumin, increasingly the subject of scientific studies in recent years.

Turmeric itself has numerous beneficial properties. It is recommended as natural remedy for difficult digestion, in case of liver disorders, for menstrual disorders, for abdominal swelling, but also for common pains, such as headache or toothache, and to stimulate the secretion of bile.

Especially in the case of joint or muscle pain and inflammatory states, the suggestion is to take golden milk once a day for 40 days.

The intake of golden milk with turmeric is recommended especially for relieving articolar pains o muscular and in general disorders affecting the joints. This is the greatest beneficial property of Golden Milk. It is a great natural remedy for lubricate the joints and spine, useful for everyone, not only for sportsmen and for those who practice Yoga.

As a natural anti-inflammatory

Golden milk is a natural anti-inflammatory and helps prevent problems such as arthritis and stomach ulcers. There Ayurvedic medicine consider Golden Milk as a real natural aspirin that can help in case of headaches, swelling and various pains.

A cup of Golden Milk per day for calm cough e relieve cold symptoms. Attempting is not harmful given the numerous benefits of this natural remedy. Golden Milk is considered beneficial for coughs and colds due to its antibacterial and antiviral properties. For what concern sore throat, doctor Loreto Nemi suggests taking a ball of turmeric paste (it is prepared before the actual Golden Milk and kept in the refrigerator) to be swallowed with a glass of water. Repeat twice a day, until the sore throat symptoms subside. THU further information.

Golden milk is recommended as a natural remedy in case of breathing problems linked to bacterial or viral infections. Helps relieve the symptoms of respiratory diseases, with particular reference to sinusitis. It is also considered useful for asthma and bronchitis.

The golden milk, thanks to the presence of turmeric, is a real one natural remedy to purify the liver and purify the blood. Helps improve liver function. It supports the activity of the liver and contributes to the purification of the lymphatic system. 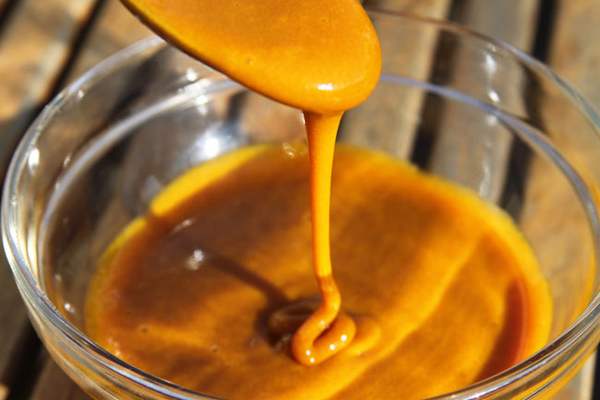 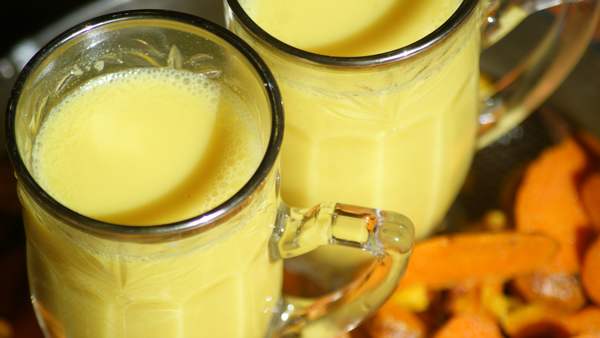 Golden milk, thanks to turmeric, improves digestion promoting the production of bile in the liver. It also promotes intestinal health and helps prevent certain digestive problems, such as ulcers, colitis, diarrhea and indigestion.

Those suffering from menstrual cramps may find it beneficial to take Turmeric Golden Milk. This drink actually works like natural antispasmodic able to reduce aches and pains due to cramps.

Among the many benefits of turmeric we find the ability to regulate metabolism and to promote the maintenance of a correct body weight. For this reason the intake of golden milk it might be useful to those who want to prevent overweight and obesity.

La scientific research pointed out that using turmeric even as a simple condiment for food helps reduce blood cholesterol levels. Maintain the levels of LDL cholesterol helps prevent many cardiovascular ailments. The golden milk prepared with water and / or vegetable milk instead of cow's milk it does not contain cholesterol.

Turmeric, of which the XNUMX cups milk gold is rich, contains beneficial substances that help stimulate the immune defenses of our organism. It has antibacterial, antiviral and antifungal properties. A strong immune system reduces the chances of getting sick of cough, cold and flu. A quick remedy for coughs and colds is to mix a pinch of turmeric in a cup of warm plant milk, to drink once a day.

How to prepare Golden Milk

Here is our video with all the instructions for preparing Golden Milk. The turmeric paste that you will get will be enough for you to prepare the golden milk for 40 days. THU recipe.

Joint problems? Here is the Golden Milk recipe
How to make Golden Milk - Video
Turmeric: 10 ideas to include it in your daily diet

Enjoying life is the key to living long and fit ❯

add a comment of Golden milk: why you should take turmeric golden milk every day