GMO mosquitoes: mass mobilizations in Burkina Faso against the experiments

GMO mosquitoes to fight malaria in Burkina Faso, where thousands of people took to the streets in recent days to say no to genetically modified organisms

GMO mosquitoes to fight malaria in Burkina Faso, where thousands of people took to the streets in recent days to say no to genetically modified organisms.


Farmers, students and associations have firmly opposed the Target Malaria project and on 2 June they demonstrated against this solution. According to the Citizen Collective for Agroecology (CCAE), researchers are preparing to release genetically engineered sterile mosquitoes in several locations in the west of the country to try to defeat malaria.

An end that, according to the local population and associations, does not justify the means at all. The Target Malaria project aims to combat malaria by slowing down the reproduction of the Anopheles mosquito, a vector for transmitting the disease to humans.

The civilian population in Burkina Faso has joined the Citizens' Collective for Agroecology in a battle against GMOs and seed multinationals, in the name of biodiversity and food sovereignty.

"We asked: by modifying their genomes, won't they now be able to host diseases like AIDS, Ebola, hepatitis and many others?" asks Ali Tapsoba, spokesperson for the CCAE. “We haven't had any answers to this question. Here, this is one of the reasons that can lead to health consequences and this makes us cautious ".

From BT cotton to GMO mosquitoes

Burkina Faso has been a laboratory for biotechnology research and development for a decade: from Bt cotton (a variety that produces Bacillus thuringiensis, a bacterium resistant to certain insects) to tests, some carried out by Monsanto, to increase productivity and the resistance of crops carried out on maize, on a variety of sorghum called “biofort” and on cowpea by the Institut National de l'Environnement et de la Recherche Agricole (INERA).

In the early 2000s, a highly secretive cultivation of Bt cotton was initiated in the country, violating the 1992 Convention on Biological Diversity and the 2000 Cartagena Protocol on Biosafety. Complaint Slow Food that after this violation of the sovereignty of the Burkinabe people, Monsanto used the country as a kind of Trojan horse to test and spread GMOs throughout West Africa.

In 2008, Bt cotton was widely distributed in open fields, despite concerns from independent scientists and civil society. Economically, the results have been catastrophic for both cotton producers and businesses. In many cases, the consequences have also been detrimental to biodiversity. Faced with this disaster, cotton companies reverted to conventional cotton in 2016. A major victory.

Unfortunately, however, the experiments are continuing on other sources and GMOs are gaining ground. As part of the Target Malaria project, genetically modified mosquito eggs were introduced, with the aim of breeding 10.000 sterile male mosquitoes. A first outing in nature is expected in the coming months, with all the risks and uncertainties that this entails for biodiversity.

Slow Food International also underlined this, according to which it is necessary to raise public awareness of these risks together with good agroecological practices among family-run farms, also encouraging the consumption of healthy and quality local products. 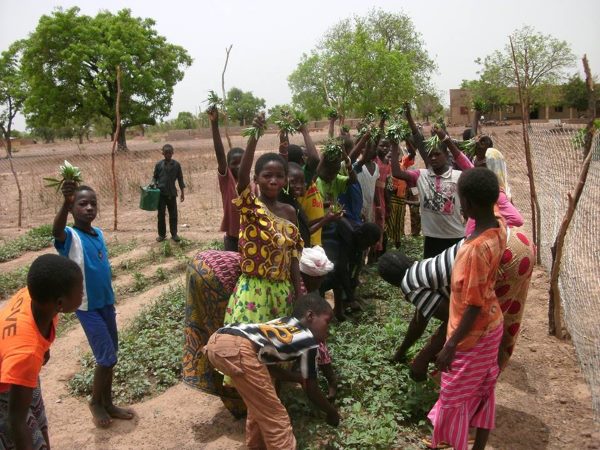 What can be done to combat GMOs?

Several associations accuse the companies that supply seeds of "ecocide" or ecological crime. In April 2017, they symbolically tried and sentenced Monsanto in a "city court". Slow Food also took part in the process and continues to work with the communities of Burkina Faso to protect their food sovereignty and biodiversity.

A nightmare that seems to have no end.

Tiger mosquitoes: the most effective remedies from coriander and rue essential oils ❯

add a comment of GMO mosquitoes: mass mobilizations in Burkina Faso against the experiments