GM mosquitoes against dengue and malaria: a "death gene" to kill larvae 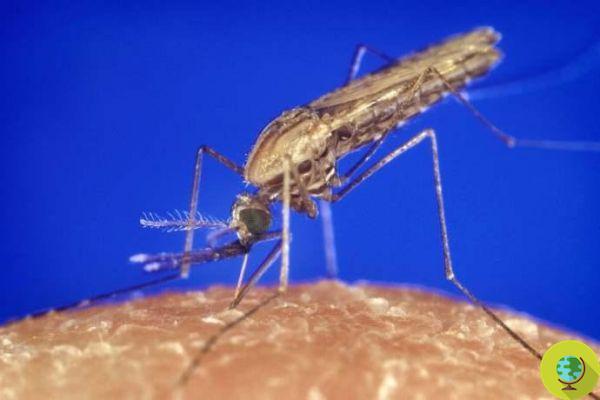 Genetically modify mosquitoes so that the population of dangerous and infectious species can decrease, thus fighting diseases such as malaria and dengue fever. How? By creating a new generation of mosquitoes equipped with a death gene, which causes the insects themselves to kill their young before they reach adulthood.

Genetically modify mosquitoes so that the population of dangerous and infectious species can decrease, thus fighting diseases such as malaria and dengue fever. How? Creating a new generation of mosquitoes with a "death gene", which causes the insects themselves to kill their young before they reach adulthood.

Il "Filicide" of mosquitoes, pioneered by a team of scientists from Imperial College London and Liverpool School of Tropical Medicine, has been successfully tested in the Cayman Islands, where the dengue virus transmitted by Aedes aegypti is a major problem. Approximately 19 thousand "gmo" mosquitoes were released over the course of four weeks in 2009 in a 25-acre area. The results seem truly surprising: genetically modified males have come to account for about 16% of the male population in the test zone, while the lethal gene was found in 10% of the larvae.

The research, published in Nature Biotechnology, reveals that the army of "killer" mosquitoes, reared in the laboratory and then released in nature, it is able to survive and "function" even in the external environment. "We now know that they can compete with wild males and pass on the death gene," said Luca Alphey, co-founder and chief scientist of Oxitec Ltd., the British start-up behind the experiment. A sensational discovery.

Yet this is relatively new: other scientists had already shown the way topplication of genetic techniques for malaria-carrying mosquitoes, in order to prevent the transmission of the disease. But no experiments had been field tested so far.

And if Alphey anticipates the results of the next phase of the study to the newspapers, which would have recorded a decrease in the mosquito population in the testing area of ​​more than 80%, the research raises some concerns about possible side effects, both on public health and on the environment.

Because, once released, GMO mosquitoes certainly cannot be called. And the impact of this "artificial" increase of specimens in such a short period remains to be verified. Of course, they no longer carry malaria or dengue, but when it comes to human manipulation, you have to go with the lead ... and we still can't be sure that there will be no negative effects in the future.

add a comment of GM mosquitoes against dengue and malaria: a "death gene" to kill larvae