Glyphosate and Parkinson's disease: Exposure to the pesticide can increase the risk of getting sick 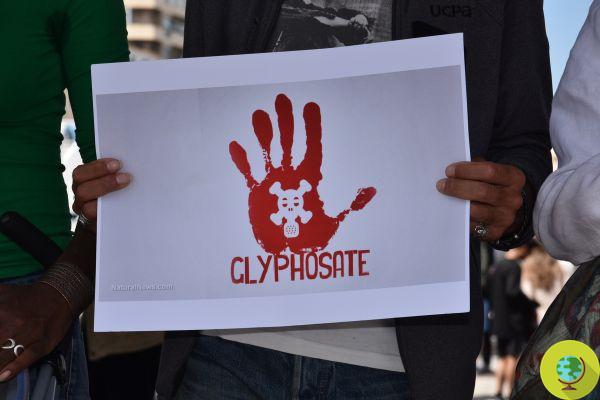 Glyphosate and Parkinson's disease: A new study published in Science Direct explains that there may be a correlation

Glyphosate and Parkinson's disease: A new study published in Science Direct explains that there may be a correlation between exposure to the pesticide and the onset of this chronic and progressive neurodegenerative disorder. The research was the scientists of the Japanese University of Chiba write that glyphosate herbicide exposure may affect the development of Parkinson's in humans.

Returning to glyphosate, without going into technical details, we come to the crux of the matter explained in the abstract: "It is likely that exposure to glyphosate may be an environmental risk factor for Parkinson's disease, since glyphosate has been widely used in world". The researchers would arrive at this conclusion by analyzing the fact that glyphosate exposure can influence the reduction of the dopamine transporter (DAT) and tyrosine hydroxylase (TH) in the brain substantial nigra (SNr) after repeated administration of 1-methyl-4. - phenyl-1,2,3,6-tetrahydropyridine (MPTP).

Despite this possible evidence, in early February, glyphosate was acquitted by the United States Environmental Protection Agency (EPA), which called it 'a safe and non-carcinogenic herbicide'. However, groups opposing the use of the product argue that the EPA came to this conclusion because it has close ties with Bayer and previously with Monsanto, the company that Bayer took over in 2018. 'agency contradicts analyzes carried out by the World Health Organization in 2015 which determined that glyphosate was a probable carcinogen.

A few months ago, toxicologist Christopher Portier, former director of the American National Toxicology Program (NTP) and associate professor at Maastricht University, had conducted a review of thirteen studies on the effects of the controversial herbicide confirming its potential carcinogenicity.

Monsanto Bayer's glyphosate has been at the center of the debate for years, and it is no coincidence that the company has various causes for damages in court, among others that of the gardener Lee Johnson suffering from non-Hodgkin's lymphoma and Edwin Hardeman, 70 years old, the man who for years had used Roundup products to treat poison oak and weed overgrowth on his property.

Therefore, further investigations are needed and now ARPAe, the regional agency for prevention, environment and energy announces that it will be part of the team of experts that will carry out further toxicological studies on the carcinogenic potential of glyphosate. Research that we will read at the end of 2022 and will be used as re-evaluation tests within European countries. Recall that glyphosate is used on over 100 crops, including soy, corn, beet, cotton and other crops. For years, the non-profit environmental working group (EWG) and major organic players have been calling on the EPA to set a lower level on the use of glyphosate and to ban spraying the chemical shortly before harvest. , since the pesticide is now everywhere: from beer to pasta, from diapers to sanitary napkins.

Glyphosate in sterile gauze and tampons: alarm in Argentina. Is it the fault of GMO cotton? ❯

add a comment of Glyphosate and Parkinson's disease: Exposure to the pesticide can increase the risk of getting sick