Giorgia Soleri rekindles the spotlight on endometriosis: there is still no definitive cure, we have to talk about it 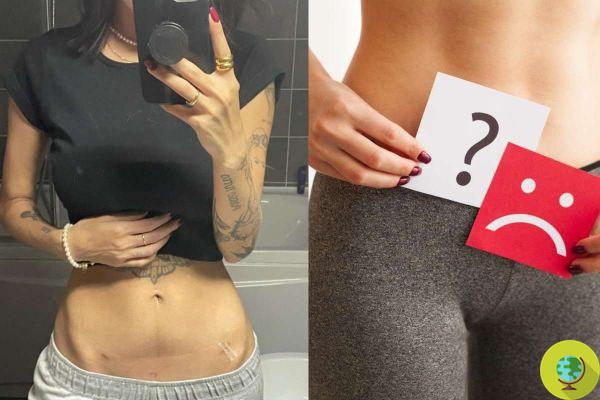 Vulvodynia, pelvic contracture, pudendal neuropathy and then, just a year ago, the diagnosis of endometriosis and adenomyosis. Giorgia Soleri still talks about it, so that the spotlight never goes out on diseases that have been "silent" for too long

Somewhere I read that if you really listen to a person, endometriosis has never really been this quiet. and silent, in my case, she has never been, so Giorgia Soleri - on the occasion of the past day dedicated to endometriosis - rattles off point by point all the pains and all the hopes dictated by diseases that no one wants to recognize as such yet.


March 28 was World Endometriosis Day, an initiative designed to raise public awareness of a disease that is "highly disabling for women who suffer from it". But it almost went unnoticed.

Read also: From research, a hope for women suffering from endometriosis

Yet of endometriosis, and other disabling diseases of the pelvic and vulvar area, you should talk every day, because every day there are dozens of women who suffer in silence and who are neither heard nor believed. Their physical pain, and then the psychological stress that derives from it, goes into the background for years and for years we tend to point the finger at them, "exaggerated, dramatic, hypochondriac".

This is the meaning of Soleri's post that tells:

A year ago I was diagnosed with endometriosis and adenomyosis, 5 months later, on August 20, I ended up under the knife hoping to finally be able to start a life away from pain. I was lucky (not always so), the surgery has greatly reduced the painful symptoms related to endometriosis.

Endometriosis is a condition that occurs when theendometrium spreads to tissues outside the uterus responding to hormonal fluctuations affecting the uterine endometrium and, consequently, leading to pain and bleeding.

It is estimated that around 10-20% of women between the ages of 25 and 35 suffer from this chronic pathology and, although progress has been made in the treatment of endometriosis, the search for new therapies for the women concerned is still ongoing and necessary.

To date, there is still no definitive cure, the years of diagnostic delay continue to be 7-10 even though it affects (it is estimated, downwards) 1 in 10 people assigned to be female at birth, says Soleri.

An early diagnosis in case of endometriosis can save from aggravation of the disease and infertility. Severe and abnormal pains, for example, during Menses represent one of most common symptoms of endometriosis.

10% of women are affected by this disease during the reproductive age. Some women are faced with chronic pelvic pain and during sexual intercourse. Endometriosis is usually treated with pain medications, hormone medications, and surgery, but there are other important sources of help that open treatment to a global vision of the person: psychological support, the right diet, a lifestyle suitable for improving one's health conditions, the help that complementary medicines such as homeopathy and acupuncture and herbal remedies can offer. Read here: Endometriosis: Effective Remedies to Relieve Symptoms.

Day of hugs, the beneficial effects on the body and brain of a warm hug ❯

add a comment of Giorgia Soleri rekindles the spotlight on endometriosis: there is still no definitive cure, we have to talk about it