Ginger: origins, legends and “magical” properties attributed to the root

Ginger is a rhizome known and used since ancient times that over time, based on cultures, has been enriched with legends, curiosities and "magical" properties to be discovered.

Lo ginger it is a rhizome known and used since ancient times that over time, based on cultures, has been enriched with legends, curiosities and “magical” properties to be discovered.


Ginger, a root that we know and appreciate above all for its properties and unmistakable taste. This spice, however, is also linked to a series of beliefs and in ancient times various magical properties were attributed to it. So let's discover all the hidden sides and curiosities related to ginger.

In ancient times, ginger was used as a food preservative. The root had been noticed precisely for an aspect that was particularly important at the time: when added to foods it prevented, or rather slowed down, its deterioration. This is one of the most important reasons why ginger was considered magical.

Today we will say that this property is due to the antimicrobial active ingredients characteristic of this spice but in ancient times there was still no precise scientific knowledge and almost everything belonged to a magical world.

The history of ginger has very ancient origins. The root is one of the first spices exported from Asia and it is believed that Alexander the Great introduced it to the West. Ginger arrived in Europe through ancient Greece during the so-called “Spice Trade Age” or the time when the spice trade was flourishing.

Ginger was widely used by the ancient Greeks and also by the Romans and was appreciated by well-known personalities and great scholars of the past centuries: Confucius believed it to be able to eliminate impurities and clear the mind, the doctor Dioscorides recommended it to warm the stomach and calm him in case of ailments while Pythagoras even thought he was capable of curing snake bites like a modern antidote. Given its spicy flavor, it has always been associated with sexual potency and therefore considered a natural aphrodisiac remedy.

Finally, at the time of Henry VIII, it was thought that it would avert the plague.

In the Middle Ages in Europe it was a highly sought after spice, one of the most popular in the kitchen and very expensive (it seems that during the 13th and 14th centuries a sheep could be bought for a kilo of ginger!). It was known by the name of "gengevo" and was second in terms of fame only to pepper (Piper nigrum). 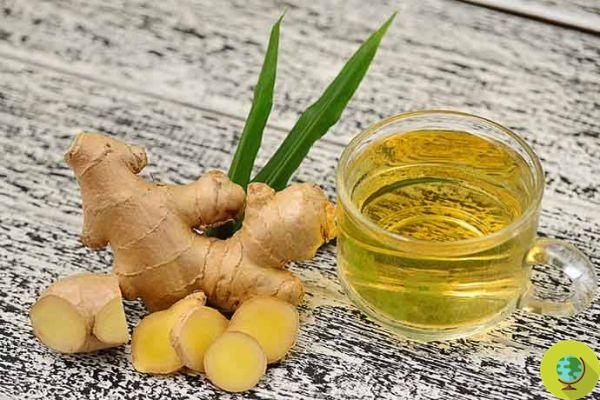 Ginger root was considered sacred and was used by ancient priests and priestesses to invoke the power of fire. The smoke from the burnt root also worked to consecrate ritual tools, charge amulets, and break evil spells.

This spice acted as a catalyst a bit like cinnamon with the purpose of "speeding things up". It was believed to be able to evoke the powers of Mars and the Sun and even witches often used ginger in their magical spells and rituals.

The root was used in different ways but the most common way was to take a small fresh or crystallized portion of ginger root and put it in the mouth. At that point they meditated on a desire (for love, protection, request for magical powers, healing, etc.) and began to chew. The person then had to let the magical powers of this root fill the body and the aura (that invisible field of light radiation that would surround all living beings) while continuing to visualize the desire. Finally the root was spat out.

And if you could find a ginger root with a shape similar to that of a human being, its power was even greater. 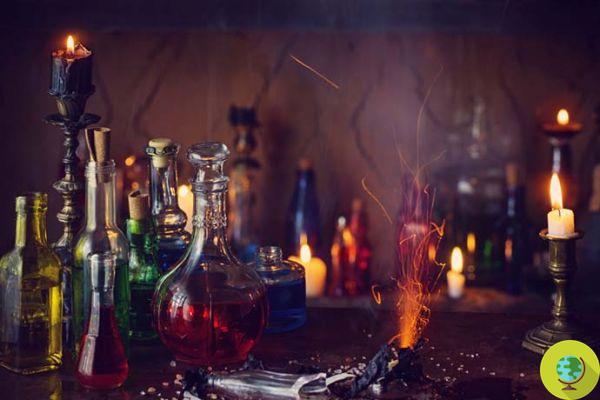 Ginger was widely used for:

Ginger was also used in the making of amulets or inserted inside medicine sachets to promote good health and promote the protection of the sick.

The aromas of ginger were then used to create spicy and fresh perfumes, used for magical rites in which the forces of the afterlife were evoked.

In some parts of Africa, ginger was also considered magical. It was believed that eating a lot of it avoided insect and mosquito bites (particularly dangerous in those places) while the dried root was able to protect against evil spirits and bad dreams if kept every night under the pillow. The powdered ginger sprinkled in the yard helped keep trouble out of your home. 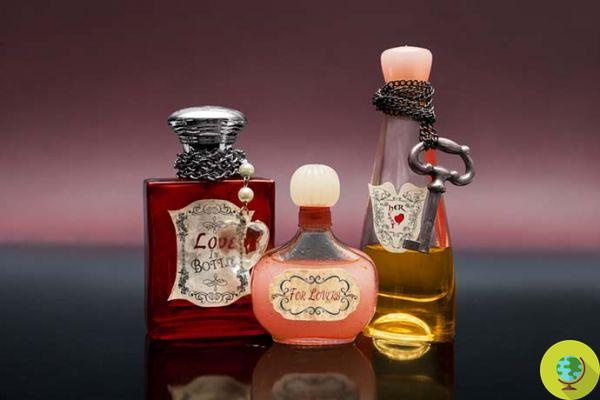 Ginger, a recipe to ward off bad luck

We present a ginger-based recipe used to ward off bad luck (of course take it for what it is: an example of how the spice was used in the past in magical and propitiatory rites, a fascinating reminder of the mystical past of our planet ).

Put all the ingredients in a bag or handbag and if you have it available, add a small yellow crystal. Then the following magic formula must be recited:

“The herbs of the earth fill my life with light
Bring me luck in a day and a night.
This spell is imbued with magic and mystery
Turn my bad luck into a thing of the past
Bad luck will sink into the ground
From now on good luck will follow me around "

Always keep the bag with you for a day and a night and then bury it in the ground (not anywhere you own). Your misfortune will also be buried with him!

Ginger: all the properties and tricks to enhance its benefits ❯

add a comment of Ginger: origins, legends and “magical” properties attributed to the root