Gentian: properties, benefits, CONTRAINDICATIONS and how to make the liqueur

Gentian, a plant with extraordinary properties. Let's also find out how to make liqueur and its contraindications

La gentian it is a plant belonging to the Genzianaceae family, which includes about 400 species. This natural remedy grows spontaneously in temperate areas and in the mountains of tropical areas, with the exception of Africa, in acidic and not very humid soils.


The best known species, as well as the most valuable, is the so-called greater gentian (Gentiana Lutea), characterized by a stem that can exceed one meter in height, fleshy root, oval green leaves and characteristic yellow flowers that appear after the plant's ten years of life. It lives in the Alpine and Apennine areas, in very sunny places at an altitude between 1000 and 2500 meters. Only the root is used of the plant, which must necessarily be dried, since, if it were eaten fresh, it would be poisonous, as are the leaves.

Gentian is a protected species, which cannot be freely collected. It is strongly advised not to violate this prescription, because in addition to committing a criminal offense, if inexperienced the very survival of the species would be jeopardized, as the root should be removed by uprooting it only partially, in order to allow the plant to continue to live. Furthermore, in appearance the gentian is very similar to the hellebore or hellebore, both very poisonous plants. There dried gentian root it can and should be conveniently purchased in herbal medicine.

Its therapeutic virtues have been known since ancient times, having found wide use in the treatment of fever until the invention of quinine. The Greeks used it mainly as antipyretic and laxative, while among the Romans it was used in the treatment of intestinal disorders and for its own deworming properties.

With its characteristic bitter taste, gentian root carries out its benefits mainly in gastric and digestive tract diseases, but also has toning and strengthening powers of the immune system, as well as being used topically for skin care. Amarogentina, in fact, that is, the substance that gives it the bitter taste, together with the other active ingredients, is able to stimulate the production of gastric juice and the activity of the digestive tract. 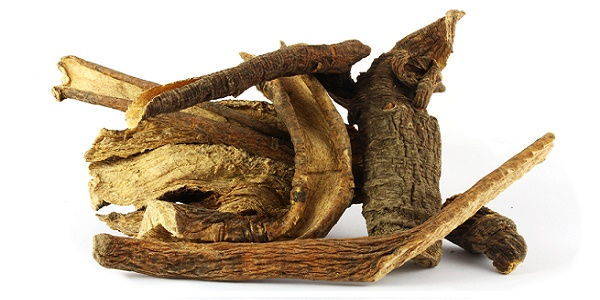 Properties of the gentian

Schematizing, at the level of the gastrointestinal system, gentian:

But this plant also has extraordinary virtues on immune system and on the general well-being of the organism. In summary:

Read also Serotonin: what it is, where it is found and how to stimulate the hormone of happiness

Finally, the infusion prepared with its roots has beneficial effects on the epidermis, especially on oily and freckled skins. 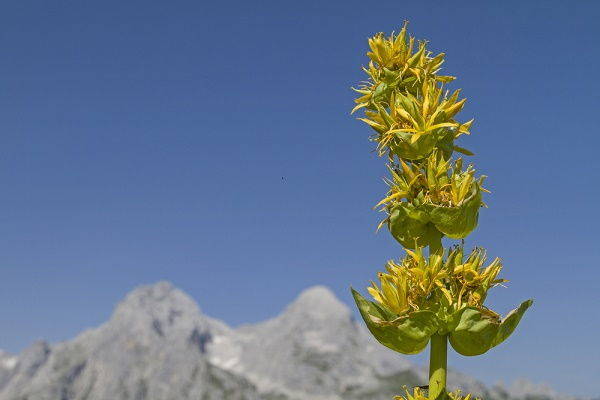 Gentian: ways of use

To take advantage of the extraordinary benefits of gentian, we can consume it in the form of infusion, decoction, mother tincture or liqueur.

To prepare a digestive infusion or to apply on the skin, it is sufficient to macerate about 5 grams of the dried root in half a liter of boiling water. It is left to cool, filtered and the infusion is drunk after meals or used for face cleansing.

If, on the other hand, 40 grams of dry root of gentian and orange peel for 5 days in half a liter of alcohol, you get a tonic with a stimulating and invigorating power. After maceration, the infusion is filtered. The drink obtained, drunk just before meals, helps to stimulate the appetite, while if consumed during the day it is an excellent remedy to stimulate the immune system.

The gentian decoction can be used to combat asthenia as it is a valid help against the physical and mental fatigue. Just boil 2 grams of dry root in 250ml of water for about a minute and then strain the drink. It is recommended to take some one cup a day. The decoction obtained from the flowers, on the other hand, has antidepressant properties. It is necessary to macerate them in water for about 5 hours. After that, the flowers are boiled in water and left to rest for about 10 minutes. The decoction is filtered and drunk in small sips throughout the day.

Alternatively, either like mood tonic that to purify the body or promote gastric functionality and stimulate digestion, we can use the mother tincture of gentian.

20 grams of dried root are left to macerate in 100 grams of alcohol at 60 degrees. A few drops of mother tincture are filtered and dissolved in a little water. In this case the recommended dose varies from 1 to 4 ml to be taken 3 times a day.

Gentian liqueur is an excellent aromatic digestive. With a particularly bitter taste, it is the typical Abruzzo liqueur.

To prepare it at home, you can follow the following recipe.

Other spices (optional): 10 coffee beans or 1 tablespoon of chopped nutmeg and 1 small piece of ginger

Preparation of the gentian liqueur

Use a dark glass container with a lid. Soak the gentian root together with the lemon zest and the spices in the alcohol, taking care to choose a dark, cool and dry place. Shake the liquid well every day. After 15 days, filter and add the solid part of the sugar previously dissolved in water. Boil for 20 minutes and strain again. Add the solution of sugared and macerated water to the alcoholic infusion and mix. Pour into a bottle and let the liqueur rest for a month before drinking it.

The consumption of gentian is contraindicated in case of:

Beyond the aforementioned cases, if taken in overdosing gentian however, it can cause vomiting, nausea, ulcer, gastritis, gastric reflux and esophagitis.

Furthermore, it has a tendency to accentuate the gastric injuries of some medicines, so it is not recommended to consume it in conjunction with treatment based on non-steroidal anti-inflammatory drugs (NSAIDs).

Curiosities about the gentian

The word gentian derives from Genzio, the king of Illyria, (a region currently corresponding to the western part of the Balkan peninsula), who was the first to discover its therapeutic virtues. It seems that this ruler, who reigned from 180 to 167 BC, used the gentian root macerated and then boiled to cure a very high fever.

Widely used by the Romans, gentian is mentioned by Pliny the Elder (XNUMXst century AD) in his book of Natural History as an excellent antidote against snake venom.

A medieval legend links this plant to King Ladislao of Hungary (1077-1095). This sovereign was a standard bearer of Christianity and an advocate of the moralization of customs, to the point of deserving the nickname of 'saint'. Legend has it that his kingdom was hit by a plague epidemic.

To eradicate the scourge, the king asked the Lord for help, who appeared to him in a dream in the guise of an angel. The cherub revealed to him that it would be his arrow to show him the solution to defeat the epidemic. Tomorrow the king would have to take his bow, stand in front of his tent and shoot an arrow without taking aim. Ladislao followed the instructions of the angel, and shot an arrow that hit a gentian plant. This plant proved effective in defeating the plague. For this reason, in Central Eastern Europe, gentian is still known today as "St. Ladislaus's wort".

In addition to the liqueur of the same name, gentian is used for flavoring other alcoholic beverages, including some bitters and aperitifs. It is an ingredient of the Amaro Sibilla, a historic digestive product produced in the Marche Apennines, as well as of Angostura, Fernet Branca and Aperol.

Amarogentina, the main substance responsible for the bitter taste of gentian, it is the bitterest natural compound that has ever been isolated.

Sprouts what a passion! Here's why to eat them and how to grow them ❯

add a comment of Gentian: properties, benefits, CONTRAINDICATIONS and how to make the liqueur