Gastroenteritis: causes, symptoms and remedies in children and adults

Gastroenteritis, commonly known as intestinal flu, is a problem that affects the stomach and intestines, giving annoying symptoms such as cramps, vomiting and diarrhea. We then know better the causes and possible remedies for gastroenteritis.

La gastroenteritis, commonly known as intestinal flu, is a problem that affects the stomach and intestines, giving annoying and debilitating symptoms. We know better the causes and the possible ones remedies for the gastroenteritis.

When we see stomach pain, nausea, vomiting and diarrhea appear, we are almost always struggling with gastroenteritis. This issue is frequent especially in children but of course adults can also be affected.

It is inflammation of the stomach and small intestine. But why does she show up?

The causes of gastroenteritis are most often of a viral nature, that is, a virus has managed to take root in the organism that has multiplied and made itself felt through characteristic symptoms. In most cases it is the Rotavirus, very common especially in children, but also other strains such as: norovirus, adenovirus, sapovirus and astrovirus can be at the origin of gastroenteritis. The incubation of these viruses lasts a few days from the moment of infection.

But there is also one gastroenteritis (rarer) caused by bacteria such as Salmonella, E. Coli, Listeria or Staphylococcus aureus. In these cases we talk more often about food poisoning since it is possible that these bacteria are present on some badly preserved and contaminated food that has been inadvertently consumed. 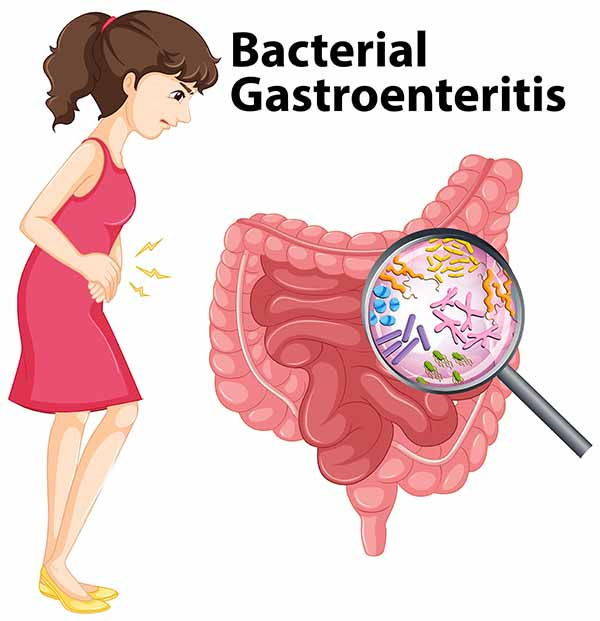 • Chronicle (lasts for over a month)

Obviously the second and third options must be monitored by a doctor to avoid consequences mainly due to the loss of liquids and mineral salts.

The symptoms of gastroenteritis are easily recognizable and associated with the presence of this problem, especially if they appear all together. It is mainly about diarrhea, vomiting, abdominal cramps, nausea, poor appetite and in some cases fever or slight change as well as fatigue and muscle-joint pains. Often it may be difficult to replenish the lost fluids as the body tried by the problem cannot "hold" even the water.

Usually symptoms tend to improve within a day or two, especially if you put in place some good rules such as drinking water or herbal tea in small sips, having a light and controlled diet, taking probiotics and being at rest. In cases where the virus that has attacked the body is very strong or the immune defenses are weak, it can last even for a week or more.

In some cases you can run into the problem of dehydration, more frequent especially in young children, in the elderly or in people suffering from previous pathologies. Dehydration is undoubtedly the risk and the most dangerous complication of gastroenteritis mainly due to frequent diarrhea but also to the poor absorption of nutrients that can lead to the presence of the virus. 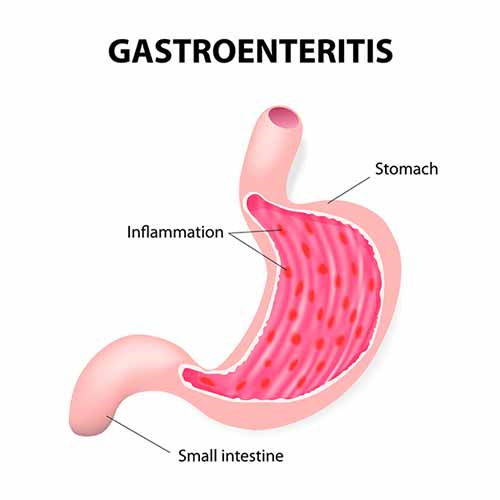 The symptoms that allow us to recognize the intestinal flu are therefore:

Don't forget to call your doctor in case of:

• Diarrhea or vomiting that does not stop after two days

• Presence of blood in stool or vomit

• If you notice dehydration (very dry mouth and skin)

Since it is most often a viral disorder, there are no real drugs to treat gastroenteritis but certainly you can take action to keep bothersome symptoms at bay such as vomiting and diarrhea.

It plays a very important role power and it must be light and in small doses especially in the initial and more acute phase of gastroenteritis. It is also very important to stay well hydrated since this problem tends to make the body lose a lot of fluids.

So let's see specifically what is best to eat.

Especially in case of vomiting it is recommended to eat dry foods such as rusks, crackers, etc. in small portions paying attention to the effect they have.

Light foods such as pasta, rice and potatoes simply seasoned with a drizzle of extra virgin olive oil are also recommended. Bananas are undoubtedly among the most suitable fruit as they help to recover lost mineral salts but also to absorb excess intestinal fluids. 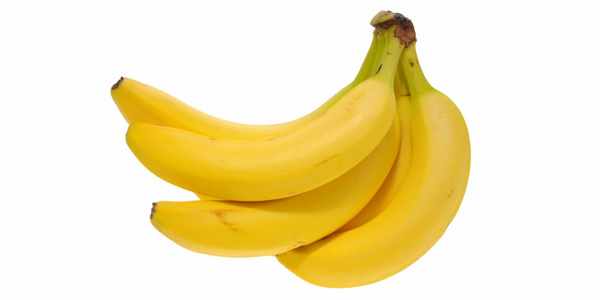 For fthe recommended foods are:

• foods rich in fiber such as fruits and vegetables

Drink a lot of water

Especially if the intestinal flu has affected children or the elderly, it is important to make the patient drink plenty of water, since diarrhea and vomiting cause a large amount of water to be lost. If you struggle, it is good to drink in small sips.

A little lemon juice can be helpful in stopping diarrhea and positively affect the work of the entire digestive system. So help your recovery with a cup of lemon water or lemon water with ginger. 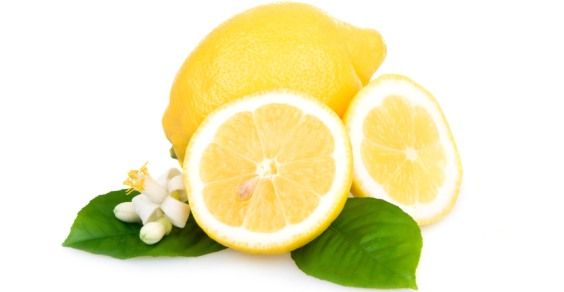 Ginger can help most of all in case of stomach pain and nausea. You can chew a piece of root or take it in the form of herbal tea in order to replenish even some of the lost liquids.

Since gastroenteritis can cause a lot of tiredness and exhaustion, that's good take a rest giving the body plenty of time to restore its functions.

So remember in case of gastroenteritis to:

• Eat the correct foods and in small doses

As we have already said gastroenteritis or intestinal flu is common in children especially those who go to kindergarten or school where the spread of viruses is easier. In the case of infants or very young children, particular attention must be paid to hydration. Vomiting, diarrhea combined with poor appetite and difficulty drinking water or milk can affect babies.

In case of gastroenteritis, therefore, always consult your pediatrician who will also advise you on lactic ferments suitable for the situation and age of your child that can help restore intestinal balance and promote healing. Often an integration of mineral salts is also suggested.

Read also: INTESTINAL INFLUENCE: SYMPTOMS, REMEDIES AND WHAT TO EAT

However, try as much as possible of make children drink, if they do not like water, if anything, helping you with fresh fruit juices made by you but diluted with water. 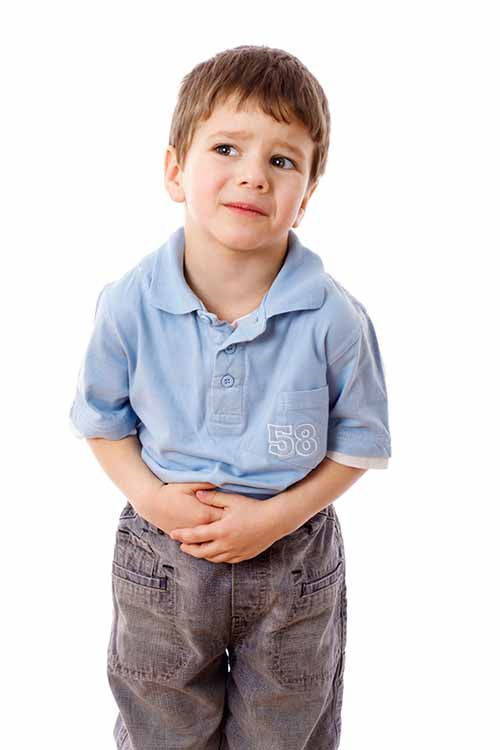 As we have said, one of the causes of gastroenteritis is food poisoning from bacteria or other microorganisms. Cases of this kind are more frequent in summer when the high temperatures, typical of the hot season, tend to alter food, especially if it is handled in the wrong way or badly stored.

According to the Infectious Pediatricians of Sitip, to avoid food infections (which are always lurking especially among children), it is important:

Typical cuisine at the Vegetarian Festival: the recipe for vegan frico ❯

add a comment of Gastroenteritis: causes, symptoms and remedies in children and adults