From Zuckerberg to Murdock, the list of the 12 greatest climate "criminals" in the United States unveiled 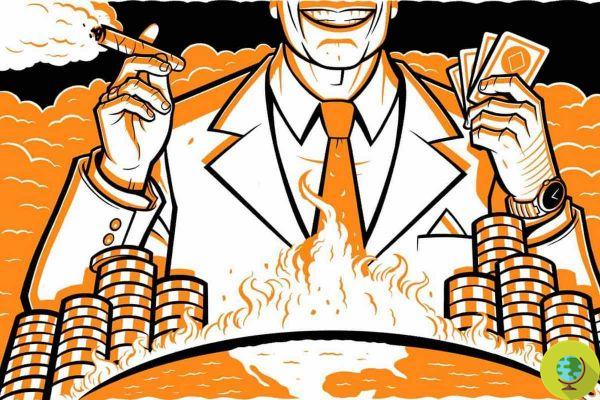 According to the list drawn up by Covering climate now, the worst polluters are in the United States. Let's see who they are.

A few days before COP26, the United Nations Conference on Climate Change of 2021 and a decisive moment in the fight against the current climate crisis, a joint venture of journalists unmasks the 12 most powerful figures in the world who that climate crisis have personally contributed to provoke it


Who pollutes the planet the most? We are talking about men, this time, of those who - between the total carbon emissions of their companies, fallacious greenwashing tactics and deceived laws - contribute most to the climate crisis. A handful of powerful individuals have a very personal responsibility, but who are they?

This is revealed by Covering climate now, a project launched by the Columbia journalism review that has created a global network of journalists and newspapers to ensure media coverage on the topic of climate change.

According to the list drawn up by Covering climate now, the worst polluters are in the United States and just a dozen of them managed to evade controls for decades, while essentially helping the fossil fuel industry destroy our planet.

The actions of these "climate supervillains" - as they call them - have affected millions of people, disproportionately injuring the most vulnerable who, on the other hand, have very little or nothing less to contribute to global emissions.

Read all our articles on Cop26.

From fires to rebirth thanks to solar panels: photovoltaics arrive in Australia in the areas affected by the disaster ❯

The climate crisis remains very serious, even if Antarctica recorded its coldest 6 months ever

The fossil fuel industry gets millions in funding every minute. The shock investigation

add a comment of From Zuckerberg to Murdock, the list of the 12 greatest climate "criminals" in the United States unveiled