From turmeric a potential therapy for tumors caused by HPV 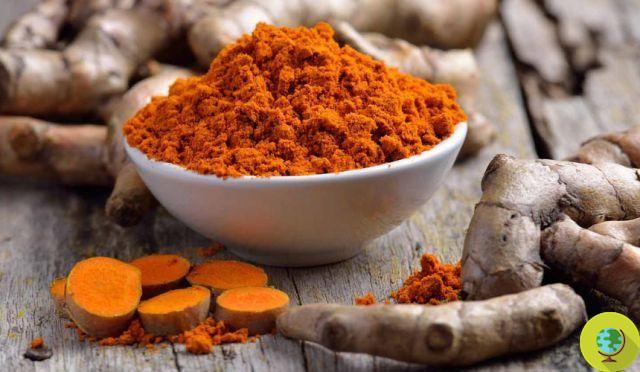 Turmeric, a very common spice in Indian and Asian cuisine but increasingly present on our tables as well, may play a therapeutic role in oral cancers associated with the human papillomavirus, according to new research.


La turmeric, a very common spice in Indian and Asian cuisine but increasingly present also on our tables, can play a therapeutic role in tumors of the oral cavity associated with papillomavirus umano, according to new research.

One of the main active ingredients found in turmeric, that is, an antioxidant called curcumin, appears to have a contrasting effect with respect to the human papillomavirus (HPV). The papillomavirus promotes the development of the cervical and oral cancer. There is currently no cure, but according to experts curcumin may offer a means of control for the future.

"One's curcumin presents antiviral and anticancer properties"- said Dr. Alok Mishra, an expert at Emory University in Atlanta, in the United States - "And according to our findings, it can be said that it is also beneficial for preserving oral health".

Lo study in question was published in the scientific journal Ecancer Medical Science of the European Institute of Oncology with the title of “Curcumin modulates cellular AP-1, NF-kB, and HPV16 E6 proteins in oral cancer”.

As early as 2005, Dr. Mishra's team of researchers had observed the effect of curcumin on HPV cells and cervical cancer. Curcumin, with its antioxidant action, slows down the expression of the HPV virus. This suggests that curcumin could control the degree of HPV infection.

“Since the HPV-related cases of oral cancer are on the rise, we tested the same hypothesis on this type of cancer. The results turned out to be very interesting ”- explained Dr. Mishra.

The new findings may suggest a further therapeutic role for curcumin in cancer control. The expert argues that the use of turmeric and other antioxidants can be positive for health in general and in particular for HPV-related cases of oral cancer. Will researchers develop an anticancer therapy thanks to curcumin?

Turmeric: 10 ideas to include it in your daily diet

From the Euphorbia plant a natural remedy to fight skin cancers ❯