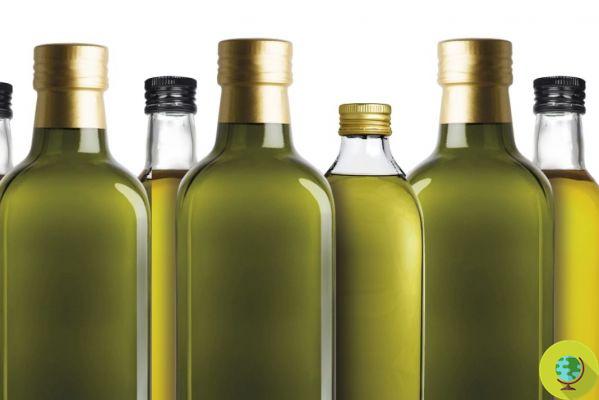 In theory, it was issued to protect the goodness and authenticity of extra virgin olive oil (one of the typical features of our "made in Italy" and one of the leading products of our economy); in fact, the new EU regulation, which will come into force on April 1st, favors the marketing of so-called deodorized oils, i.e. those obtained from admixtures and sophistications of various kinds, to the detriment of the quality and genuineness of extra virgin olive oil real.

In theory, it was enacted to protect the goodness and authenticity of theextra virgin olive oil (one of the typical features of our "made in Italy" and one of the leading products of our economy); in fact, the new community regulation, which will enter into force from next 1 April, favors the marketing of the so-called "deodorized" oils, that is those obtained from admixtures and sophistications of various kinds, to the detriment of the quality and genuineness of true extra virgin olive oil.

According to some experts, in fact, European law has opened the doors to defective condiments, promoting them in the field. "We are not faced with a law that allows us to block and exclude fake oil from the market - said Roberto La Pira, journalist expert in consumption - as many newspapers have written, but quite the opposite".

In practice, many new commercial opportunities open up for oils "Deodorized" (i.e. those oils that contain substances foreign to the oil to eliminate bad smells) that have nothing to do with our beloved extra virgin olive oil.

But how do we know if the oil has been contaminated?
The key word (or rather two) is achill esteri, or compounds that are formed with the fermentation and the start of the putrefaction process of the olives themselves, which have as a direct consequence the production of methyl and ethyl alcohol and the release of acids.

But there is more. If there is one in the oil strong presence of triglyceride fats, it means that the oil is not good. Also because our extra virgin is also famous for the low amount of harmful fats and the presence of antioxidants, which - of course - fake oils do not have.

«The oils that need to be deodorized are those of low quality. It is unacceptable that a chemical process hitherto prohibited in extra virgin olive oils is substantially permitted to allow those who do not produce quality to arrive on the market with an adulterated product that the consumer will not be able to recognize from the'label», He declares Carlo Petrini, presidente Slow Food.

So, in practice, how do we protect ourselves from poor quality oil? First of all, let's be wary of oils that cost too little on the shelves and then we learn to use our taste buds better!
"The only possibility - commented La Pira - is to learn to distinguish the quality extra virgin olive oil that has a smell, a taste and a high antioxidant content from the deodorant, which has a slightly aseptic taste, contains few antioxidants and resembles old virgin olive oils, which have now disappeared from the market ".

In short, just as it is done with wine, to defend the genuineness of our products, we must learn to recognize them!

From avocado a powerful natural antibiotic against staphylococci ❯