From Cannabis an effective treatment against pancreatic cancer (including metastases). I study 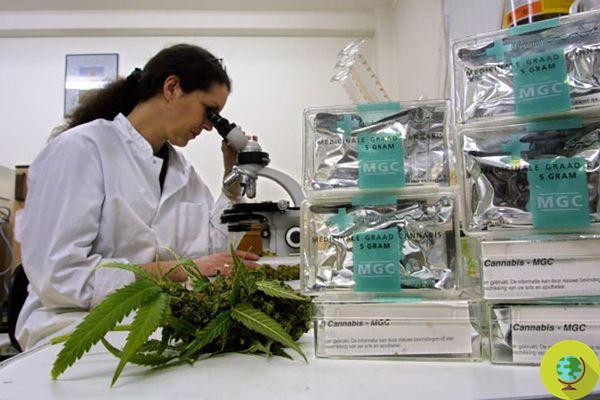 A team of scientists from Harvard University's Dana-Farber Cancer Institute published the results of a study revealing that a chemical found in cannabis has shown "significant therapeutic potential" in treating pancreatic cancer.

A team of scientists from Harvard University's Dana-Farber Cancer Institute published the results of a study revealing that a chemical found in cannabis, demonstrated “a significant therapeutic potential"In the treatment of pancreatic canker.


Previous research had already noted how cannabis can be useful in fighting pancreatic cancer. Now another interesting news comes from Boston where it has been highlighted how a compound of marijuana, but this time not a cannabinoid, may be useful in the treatment of this particularly deadly cancer (the five-year survival rate is only 8%). .

The specific drug used in the cancer cell experiment is called FBL-03G and it is a derivative of a "flavonoid" present precisely in cannabis. Cannabis flavonoids were discovered by a London-based researcher named Marilyn Barrett in 1986 and their beneficial anti-inflammatory effects were later highlighted.

The Dana-Farber researchers decided to take the therapeutic potential of one of these flavonoids to test it on one of the most dangerous tumors in laboratory experiments.

One of the reasons this cancer is particularly dangerous is that cancer cells adapt to treatment and become resistant. However, the study found that when cancer encountered this particular cannabis-derived flavonoid, cancer cells exposed to its effect (as well as radiation) suffered "a noticeable increase" in cell death.

The results, published in Frontiers of Oncology, as stated by Wilfred Ngwa, assistant professor at Harvard and researcher who took part in the study, were therefore "important".

“The most significant conclusion is that the release of cannabis-derived, tumor-targeted flavonoids enabled the killing of both local and metastatic cancer cells, significantly increasing survival from pancreatic cancer. This has an important significance, as pancreatic cancer is particularly refractory to current therapies, ”Ngwa said.

Il cannabis flavonoid would be therefore able to act also on metastases:

“We were quite surprised that the drug could inhibit the growth of cancer cells in other parts of the body, representing metastases, which were not targeted by treatment. This suggests that the immune system is also involved and we are currently studying this mechanism. If translated successfully clinically, this will have a great impact in the treatment of pancreatic cancer ”.

This can concretely mean that the life expectancy of those suffering from this cancer, thanks to the use of this active ingredient, it could increase. Naturally, new studies are needed to confirm this thesis.

From turmeric a potential therapy for tumors caused by HPV ❯

add a comment of From Cannabis an effective treatment against pancreatic cancer (including metastases). I study