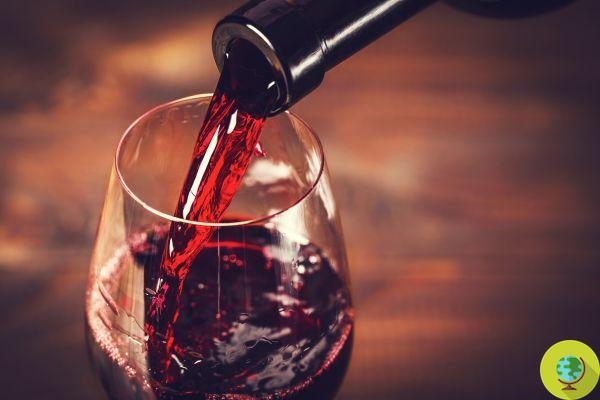 E se per prevente l'Alzheimer bastasse bere del Red wine? Well, according to a study conducted by the Neurochemistry research group of the University of Castilla-La Mancha, in collaboration with researchers from Pompeu Fabra and the Autonomous Universities of Barcelona, ​​the resveratrol contained in red wine can help fight neurodegenerative diseases such as Alzheimer's.


The reason? This natural polyphenol with antioxidant and protective properties has a neuroprotective effect against Alzheimer's and other neurodegenerative diseases and even a pharmacological effect as a possible treatment to reduce the symptoms of similar diseases.

It would act on cellular receptors that pick up the message from molecules, including adenosine, which tell the brain what it needs to do to perform functions such as speaking, thinking, learning, and so on. And this is important because, as explained by UCLM Professor Mairena Martín, in neurodegenerative diseases such as Alzheimer's, the adenosine messenger and cellular receptor undergo alterations, which resveratrol could prevent by being able to protect them.

As if that weren't enough, it also has an antitumor function as adenosine and receptor molecules are implicated in cancer.

This means that a moderate consumption of red wine it can undoubtedly prove to be healthy, also because the molecules it contains can counteract the harmful effects of free radicals responsible for the oxidative stress of alcohol, as the UCLM professor of biochemistry and molecular biology pointed out.

And it is not the first time that research has shown the positive effects of resveratrol, just think of the study conducted by the University of Maastricht which considered it useful against stroke, diabetes and cancer, and other research published in the Annals of epidemiology, according to the which a glass of red wine a day extends life precisely because of him.

Granular vegetable cube: the recipe to prepare it at home ❯