Withdrawal of the Nestlé commercial of Formaggino Mio with carrots or spinach. The IAP, the Institute of Advertising Self-discipline, intervened with the decision to suspend the advertising spot for the Formaggino Mio with vegetables, which has currently been removed from both TV and the internet.


Withdrawn it spot in Nestlé of My little cheese with carrots or spinach. The IAP, theInstitute of Advertising Self-discipline, intervened with the decision to suspend the commercial of the Formaggino Mio with vegetables, which has been removed from both TV and the internet at the moment.

Perhaps some of you have seen the spot of Formaggino Mio where a little girl refused vegetables with a disgusted face. Here is the mother ready to replace them with the product in question. The advertising message suggested that the Formaggino Mio enriched with carrots or spinach could replace a plate of vegetables from a nutritional point of view.

Obviously this is not the case and fortunately this time the intervention to stop the commercial did not take too long. Altroconsumo had reported the spot to the Advertising Self-Regulatory Institute which confirmed that, contrary to what advertising wanted us to believe, this cheese cannot replace a plate of vegetables.

Formaggino Mio has always been advertised as a product suitable for children and recently Nestlé had launched the new versions with carrots and spinach. There voiceover in the commercial commented: “Are vegetables a problem? From today, just add Formaggino Mio with spinach or carrots to every dish ”. 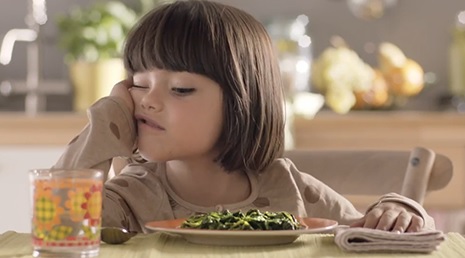 It is a incorrect message since the spinach and carrot variants of Formaggino Mio do not contain vegetables in quantities equivalent to those that might be present in a dish. A single Formaggino Mio it contains less than 7 grams of carrots and 5 grams of spinach.

Furthermore, the commercial was accused of conveying the wrong message to children and parents from an educational point of view. Replacing vegetables with something more pleasing is certainly not useful to make the little ones appreciate them and to make their diet more balanced.

The IAP found it to be commercial contrary to the self-regulation code of Commercial Communication. The suggestion of adding Formaggino Mio to each dish was considered unbalanced from a food point of view, as well as uneducative for children. 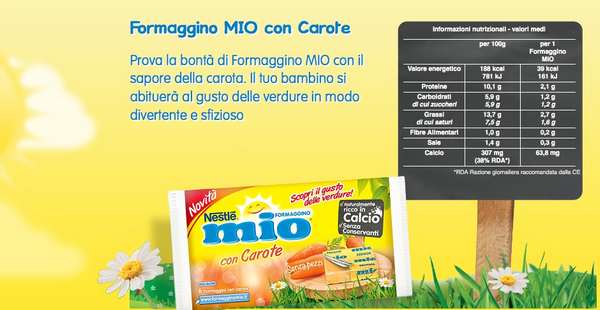 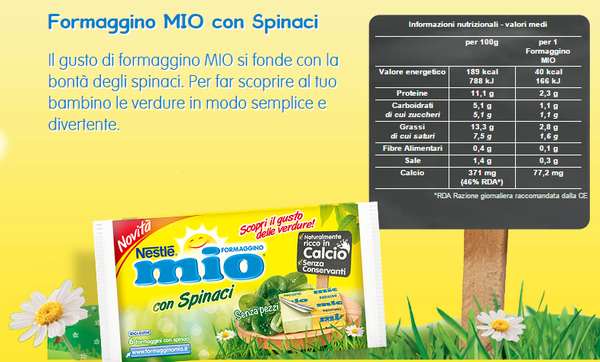 The IAP asked Nestlé to withdraw the commercial, and the Swiss-based multinational did so. Misleading and diseducating commercials like this one can reach the TV and can convey the wrong messages to unwitting consumers. Above all, parents should always pay attention to what they decide to put in the cart for their children and the reason for their choice: is it perhaps dictated by the latest commercial seen on TV?

Veg cheeses: 10 recipes to prepare them at home ❯

add a comment of Formaggino Mio with carrots or spinach: Nestle 'commercial withdrawn