Designed in Australia a 3D printed mouthpiece that can help in case of sleep apnea or snoring. Probably on the market starting from 2015

You suffer from sleep apnea or your partner tells you that you snore too much? From 2015 your problems could be solved thanks to a 3D printed mouthpiece.


3D printing technology is gaining momentum and is being used in various fields, now also in the "otolaryngology" one. It was in fact devised by a team of Australian scientists a kind of mouthpiece o paragengive able to solve frequent and annoying disorders while you sleep such as apneas and snoring.

The device is in titanium e thanks to 3D printing it can be made to measure depending on the different conformation of the mouth of the patients who will have to use it. Why is it so special and how does it eliminate those ailments? Thanks to its shape: it fits like a normal night luminaire but its characteristic is to have a spout that stays out of the lips able to bring the air that is close to the teeth directly into the trachea to prevent it from becoming blocked in the tissues of the mouth, creating breathing problems and consequently sleep. 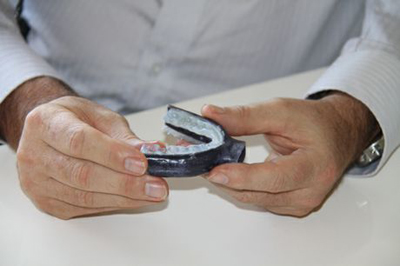 The scanner that will make (probably starting from 2015) the device is from the national body Csiro, and thanks to the 3D printer it will be able to create 14 mouthpieces in just 40 hours. A beautiful revolution therefore for those who suffer from these problems! From the latest statistics it appears that 1 in 25 people accuse sleep apnea which can lead to consequences such as chronic fatigue but also a greater risk of incurring cardiovascular disease.

Peppers, tricks to make them more digestible and to be able to eat them even in the evening ❯