Food contamination: viruses are transmitted with a knife 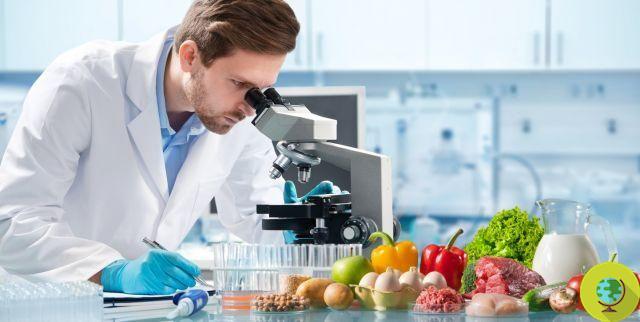 Viruses, food contamination. Cutting fruit and vegetables with a knife can not only leave residues of pulp or juice on its blade, but transmit viruses to the utensil used if the product is not clean and safe, according to a new scientific study. Experts were already aware of how this could happen with regard to viruses, with particular reference to hepatitis A.

Cut fruit and vegetables with knife not only can it leave residues of pulp or juice on its blade, but also transmit some virus, if the product is not clean and safe, according to a new scientific study. Experts were already aware of how this could happen with regard to bacteria, but now they have decided to deal with virus, with particular reference to the virus ofhepatitis A.

It is one study that could contribute to an improvement of controls relating to food safety and to a greater attention to the pathologies that can arise due to food contamination. The study in question was conducted by researchers from the Center for Food Safety of the University of Georgia in the United States.

Scientists have come up with methods for remove viruses from knives and graters in order to verify the quantity of their presence. They thus measured theamount of virus of hepatitis A transferred from tomatoes, strawberries, cucumbers and melons to the knives used for cutting such foods.

For each type of product, regardless of the material of the knife or how sharp it was, more than half and the products examined proved capable of transferring viruses to his blade. Later the experts took care to verify if the contaminated knife could transfer viruses to fruits and vegetables until then safe. It emerged that a single contaminated knife is able to transmit viruses to at least 7 other foods for which it is used to cut.

The study demonstrates how viruses present in food can transfer to the tools used for their cutting in the same way as this happens for bacteria. Experts are keen to recall thecaution both home cooks and those who work inside large companies industrial kitchens or in the Catering, where a utensil contaminated with viruses and bacteria could be a vehicle of potential diseases for those who will find themselves consuming the food that has come into contact with it.

For our part, to be more relaxed, once the knives - and cutlery in general - have been washed, let's dry them with a some vinegar (to be sprayed directly on freshly washed cutlery) and a clean cloth. In addition to disinfecting them, as grandmothers teach, they will also be shiny and polished.

It is also good to use different knives to sharpen vegetables than those used for meats and cheeses.

- The 5 dirtiest places in the kitchen you don't expect

add a comment of Food contamination: viruses are transmitted with a knife