Fighting Obesity and Diabetes with Marijuana 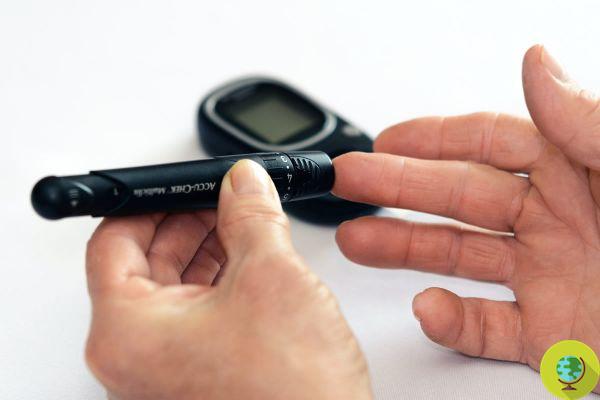 Marijuana helps fight obesity and wards off the risk of diabetes. This is according to a research group formed by scientists from Beth Israel Deaconess Medical Center in Boston, the University of Nebraska and Harvard School of Public Health, who have conducted a long study on the intake of marijuana by inhalation.

Marijuana helps fight obesity and removes the risk of diabetes. This is what a research group made up of scientists of the Beth Israel Deaconess Medical Center of Boston, the University of Nebraska and Harvard School of Public Health, who conducted a lengthy study the intake of marijuana by inhalation.

That's how they found out, analyzing about 4.600 volunteers, including 579 current consumers, 1.957 former users and 2103 who had never used it, that marijuana use is associated with a better blood sugar control and a lowering of insulin level. This correlation was weaker in ex-users, suggesting that the effects on insulin persist even after cannabis is used regularly. Fasting insulin levels were 16% lower in marijuana users than in participants who had never used the drug.

“It is possible that the inverse association of fasting insulin levels and the insulin resistance observed among those currently taking marijuana may be partly due to changes in usage patterns compared to those diagnosed with diabetes (i.e. that those with diabetes may have been advised to stop to smoke ). However, after excluding those with a diagnosis of diabetes mellitus, the associations between marijuana and insulin use were similar and remained statistically significant ", he said study co-author Elizabeth Penner.

And there is more. On average, in fact, smokers took daily 600 calories more than non-smokers, yet they were in the first place in better shape. Researchers therefore think that there are specific factors in cannabis to protect the risk of obesity. After checking waist circumference and blood cholesterol levels, it was found that waist size and fat accumulation was lower in smokers. To the delight of those who have always feared the so-called "munchies" one of the effects of cannabis that stimulates the desire to eat in the brain without there being a real physiological need.

- Cannabis: Growing marijuana for personal use is not a crime

How to lower cholesterol ❯

add a comment of Fighting Obesity and Diabetes with Marijuana