Fight against junk food: no ads for junk food on TV until 21pm in the UK 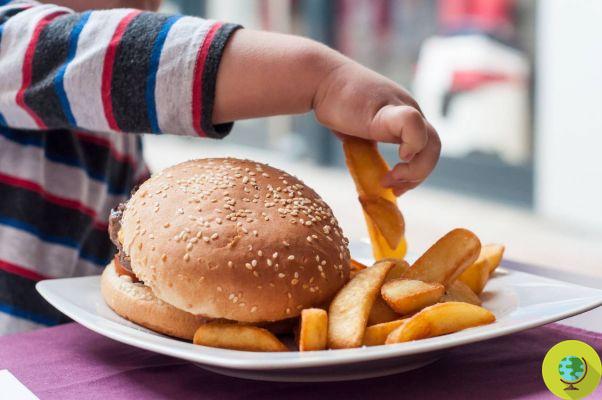 The United Kingdom, as part of the fight against childhood obesity, has decided to ban advertising of junk food on TV before 21.00 pm

No more advertising for junk food on TV before 21pm. The United Kingdom has decided to ban it from 2023 as part of the fight against childhood obesity.


The UK took a clear stance against junk food and is ready to ban the advertising of products rich in fat, salt and sugar which, from 2023, will no longer be able to be broadcast on TV before 21:00.

A restriction that actually extends beyond television broadcasters, including other forms of digital marketing: from Facebook ads to paid search results on Google, from SMS promotions to paid activities on social networks like Instagram and Twitter.

In short, before 21pm, from everywhere, the advertisements for chips, hamburgers, snacks, fizzy drinks, candies and various sweets will disappear. Boris Johnson, who has formalized the presentation of the law against junk food advertising, is thus trying to maintain his commitment to the growing problem of obesity in the United Kingdom, which mainly affects children and young people.

However, a decision that is causing debate and that local broadcasters did not like very much given that it is estimated a loss of advertising revenue of over 200 million pounds a year. If indeed everything is confirmed for 2023, it will be one of the toughest marketing restrictions in the world that will inevitably have a strong impact on investments by multinationals in the food sector.

But, on closer inspection, the new advertising restrictions actually include a significant number of exceptions. For example, advertising for brands and companies will continue to be allowed, even if not for their specific product. This means that a brand associated with bad eating habits, such as McDonald's, will be able to advertise but not to present any prohibited products (the list and the ban itself will be revised every few years, yet to be specifically defined).

Finally, advertising of junk food through audio media, such as podcasts and radio, will still be allowed, and there will be no new restrictions for the sector outside the home, i.e. billboards, posters on buses and in places such as train stations and airports will not be banned. .

add a comment of Fight against junk food: no ads for junk food on TV until 21pm in the UK