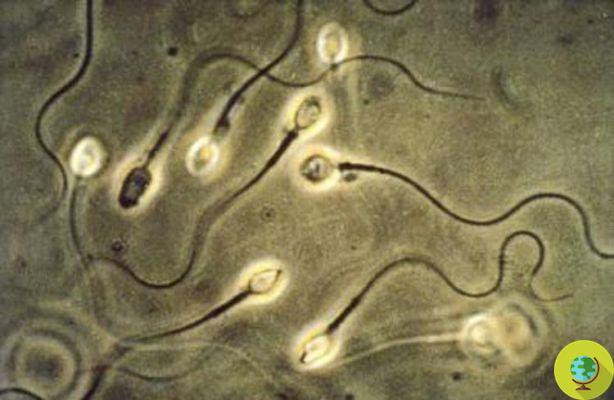 Can following a vegetarian diet reduce sperm counts? And can this in turn put male fertility at risk? A diet rich in fruits and vegetables protects against many diseases and can prolong life. We wonder if it can really generate negative effects from a fertility point of view.

Fertility, follow one Vegetarian diet can reduce the number of spermatozoa? And this aspect can in turn jeopardize the male fertility? A diet rich in fruits and vegetables protects against many diseases and can prolong life. We wonder if it can really generate negative effects from a fertility point of view.

The experts of the Loma linda university, in Southern California, they committed a four-year project to research the effects of diets on sperm. This region has a high population formed by Seventh Day Adventists who choose to eliminate meat from their diet or to significantly reduce its consumption.

Seventh-day Adventists live an average of 10 years longer than the American life expectancy. According to the hypotheses of the experts the longevity it could be linked to one better sperm quality. But it seems that the exact opposite has emerged from the studies.

In vegetarians and vegans, only 1 in 3 spermatozoa would be active, compared with 60% for meat consumers. Researchers believe the causes lie in one vitamin deficiency or in the replacing meat with soy.

“We found that diet has a significant impact on sperm quality. Vegetarian and vegan diets were associated with lower sperm counts than omnivorous diets "- said Dr Elisa Orzylowska, a midwife at Loma Linda University Medical Center in California.

However, there is no mention of cases of infertility, although the expert speculates possible problems in conception with a lower sperm count. The researchers speculated that the soy may endanger male fertility. However, it is one circumstance to be verified.

READ also: Drinking beer is good for male fertility, too much coffee is to be avoided

For now, it is simply speculated that vegetarians are replacing meat with soy, which contains phytoestrogens that could impair fertility. In any case, this is a hypothesis that has already emerged in the past for which at the moment there would not be sufficient scientific evidence. THU you will find an interesting study dedicated to anti-soy hoax unmasked in detail, proposed by Scientific Society of Vegetarian Nutrition.

Harvard researchers found that men who consume fruits and vegetables with high residues of pesticides have a lower sperm count. So here is another reason to choose organic.

At the moment the researchers involved have released some statements about their most recent work, but i new studies will be officially presented on the occasion of prossimo meeting dell’American Society of Reproductive Medicine. So all that remains is to wait to know more details and to hope for further insights on the subject.

10 foods and tips to increase fertility Carrots improve male fertility Maca: the plant of desire and fertility
Male fertility: drops if you keep your cell phone in your pocket ❯

add a comment of Fertility: Does vegetarian or vegan diet reduce sperm count?