Fasting for 24 hours doubles the regenerative capacity of stem cells 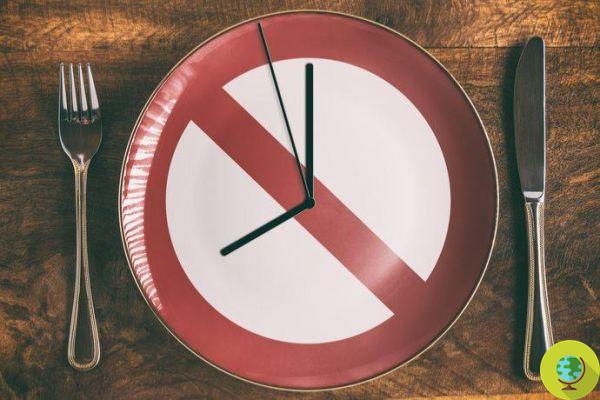 Fasting increases the regenerative capacity of stem cells. This is revealed by a new study conducted at MIT, according to which a forced fast of 24 hours promotes cell regeneration

Fasting increases the regenerative capacity of stem cells. This is revealed by a new study conducted at MIT, according to which a forced fast of 24 hours promotes cell regeneration.


As we age, intestinal stem cells begin to lose their ability to regenerate. They are the source of all new gut cells, so their decline can make it more difficult to recover from infections or other conditions affecting the gut.

This age-related loss of function can be reversed with a 24-hour fast, according to research conducted by biologists at the Massachusetts Institute of Technology.

It has been found that cells start breaking down fatty acids instead of glucose, a change that stimulates stem cells to regenerate faster. In fact, he even had a whole day of fasting doubled the regenerative capacity of stem cells. But not only. It also emerged that regeneration could be favored by one molecule which activates the same metabolic switch. This could help older people recovering from gastrointestinal infections or cancer patients undergoing chemotherapy.

Scientists have long discovered that a reduced calorie intake is associated with a greater longevity in humans. Now Yilmaz and colleagues were interested in exploring how fasting exerted its effects at the molecular level, particularly in the gut.

Intestinal stem cells are responsible for maintaining the lining of the intestine, which renews itself every five days. When a tumor or infection occurs, they are the key to repairing any damage. But aging reduces the regenerative abilities of stem cells so it takes longer for the intestine to recover.

“Intestinal stem cells are the workhorses of the intestine and give rise to multiple stem cells and all the various differentiated cell types of the intestine. In particular, during aging, gut stem function decreases, which impairs the gut's ability to repair itself after damage, ”says Yilmaz.

Fasting causes cells to shift from their normal metabolism, which burns carbohydrates such as sugars, to metabolize fatty acids. This step occurs through the activation of transcription factors called PPARs, which activate a series of genes involved in metabolizing fatty acids.

On the contrary, by deactivating this mechanism, fasting would not favor regeneration. For this reason, the researchers will now try to understand how this metabolic switch can improve the regenerative abilities of stem cells.

Although the study was conducted in mice, it is interesting to note that fasting has many beneficial effects on the gut, even against infections or tumors. TO tell is one of the authors of the study, Omer Yilmaz, an associate professor of biology at MIT and a member of the Koch Institute for Integrative Cancer Research:

"Understanding how fasting improves overall health, including the role of adult stem cells in gut regeneration, repair and aging, is critical."

For David Sabatini, MIT professor of biology and member of the Whitehead Institute for Biomedical Research and the Koch Institute

“This study showed that fasting turns on a metabolic switch in intestinal stem cells. It is interesting to note how the passage of these cells to the oxidation of fatty acids has significantly improved their function ".

Other research has already shown that fasting can be a valuable weapon, for example against inflammation. It is also capable of strengthen the immune system as the University of Southern California reveals.

The study was published in Cell Stem Cell.

Pain helps us understand who we really are ❯