Fast food: here are the foods not recommended by those who work there 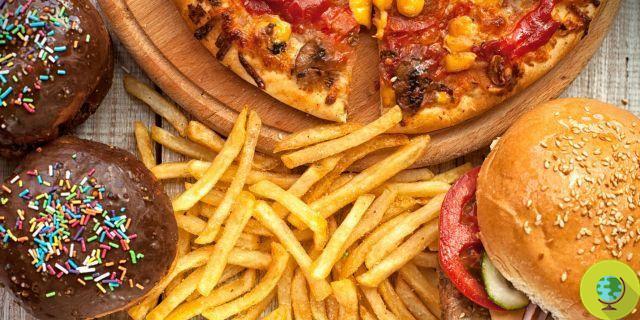 What dishes would those who find themselves working in a fast-food restaurant absolutely advise against ordering their potential customers, if only they were offered the opportunity? From a similar and insidious question asked only a few days ago to the waiters of fast-food restaurants, through the Reddit platform, hundreds of tips emerged regarding the dishes that you should avoid ordering at fast-food restaurants. Therefore, lovers of junk-food pay close attention to the following indications.

Those who find themselves working in a fast food, which dishes would absolutely advise against ordering to their potential customers, if only they were offered the opportunity? From a similar and insidious question, asked only a few days ago to the waiters of the fast food through the Reddit platform, hundreds of recommendations have emerged regarding dishes that you should avoid ordering at fast-food restaurants. Therefore, lovers of junk-food pay close attention to the following indications.

The question posed publicly by the user 4ScienceandReason contributes to raising even more the concern about the dishes that thousands of people, including children, eat every day by going to one of the numerous fast-food restaurants, whose menu is almost identical, and very unhealthy, in every part of the world. What are the real ingredients of classic chicken nuggets? Customers can trust theattention to hygiene and quality of ingredients so praised by the most famous and popular fast-food restaurants?

From the responses of Reddit users it emerges that i “chicken nuggets”, the well-known chicken nuggets an integral part of many children's menus, deteriorate in a truly unusual way if left to themselves. Due to a mistake made by a fast-food attendant, the croquettes forgotten in their bag they would have completely dissolved generating a little definable liquid substance, capable of raising doubts about their real composition. The message regarding the chicken nuggets was sent by a former janitor from McDonald's behind the nickname “Dfunkatron”.

According to the user Cosmo23, the salsa chili di Wendy's it would be prepared using bits of hamburger left too long on the grill and therefore considered useless. The various leftovers would be placed in a container and transferred to the refrigerator until it is time to be boiled, chopped and dipped in the aforementioned sauce.

As regards the Vegetarians, emerges as, in some fast-food restaurants, harmless beans can be cooked together with bacon to flavor them or as vegetable burgers can be fried in the same oil used for cooking meat. Due to the presence of bacon accompanied with beans, certain “burritos”, sold as vegetarians, would not be at all. Not to mention how the same utensils (cutlery, knives) and grills are normally used both for the preparation of vegetarian dishes and for meat.

Un former kitchen clerk at McDonald's he confessed to spread the chicken slices with liquid margarine before putting them back on the grill, so they don't stick together, while a former chain cook Subway wanted to explain the process in detail defrosting chicken meat, which provided that it remained to soak in boiling water for hours and hours, so much so that the chicken was finally extracted from the water only in the evening. Each user received different responses from readers, who supported or expressed a contrary opinion regarding similar habits within the fast-food restaurants in which they had the opportunity to work. THE doubts, in any case, and for their health and for the sake of the environment, fast-food food and junk food in general would be good give up entirely.

Fast food: Find a breaded and fried chicken head among the fins ordered at KFC in London ❯

add a comment of Fast food: here are the foods not recommended by those who work there