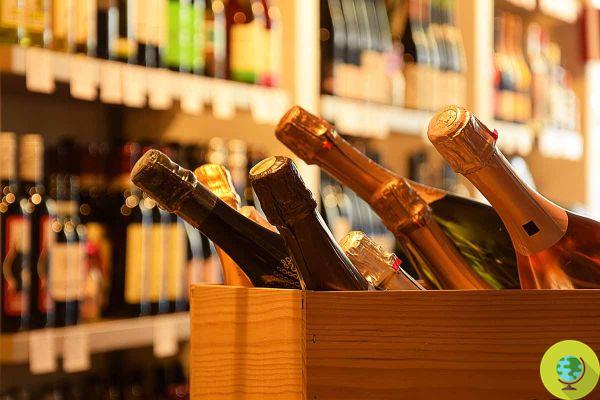 In Veneto, the Guardia di Finanza seized 5 thousand liters of fake prosecco and a ton of sugar in two different companies

In Veneto, the Guardia di Finanza thwarted a scam involving Prosecco Doc, intercepting and seizing 5 liters of white wine passed off as prosecco and a ton of sugar, useful precisely for sophistication.


The “Opson X” operation, coordinated by Interpol and Europol and aimed at combating counterfeiting and illicit marketing of food products, led to tight controls in various areas of the Veneto region (Treviso, Belluno and the Valdobbiadene area). Here the Guardia di Finanza has seized 5 thousand liters of false prosecco as well as a ton of sugar.

The first seizure concerned 396 bottles of wine carried by a commercial vehicle without the necessary labels or indications of origin.  They came from a company in Conegliano and were destined for the Turin area.

After having also carried out checks at the company headquarters, others were seized 1.700 liters of white wine which also did not bear any label or indication of origin other than 1.800 liters of excess wine, or that did not appear in the accounting records. 1100 kg of granulated sugar were also seized, an illegal quantity in wine factories (the maximum allowed is 10 kg) precisely to avoid adulteration of the wine.

In the territory of the well-known Marco Valdobbiadene, however, the Guardia di Finanza blocked a vehicle that was transporting 984 bottles of white wine which on the transport document were classified as Prosecco Doc but did not bear any labels regarding their origin and quality. The bottles came from a farm in the Belluno area where, following checks also carried out on site, other 1185 liters of suspect Prosecco Dop.

The seizures of the Guardia di Finanza in Veneto have rekindled attention to food falsifications which, unfortunately, also concern the Prosecco supply chain.

And, even considering wine more generally, it is certainly not the first time that fraud has been detected. We had already told you about other kidnappings:

'Toxic' and oppressive family: when the enemy is within the walls of the house ❯

add a comment of False prosecco, thwarted scam with seizure of 5 thousand liters in Veneto