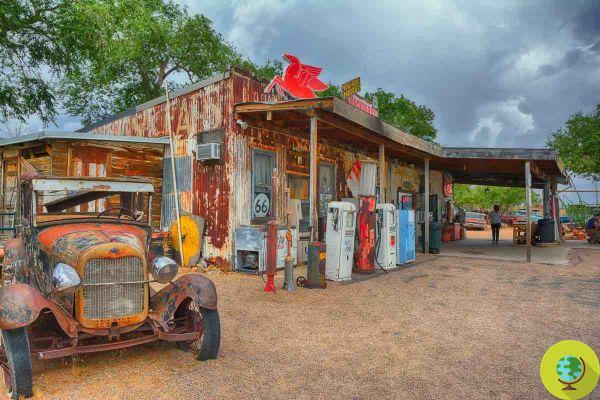 Leaded gasoline, commonly known as "red gasoline," provoked irremediable damage to human health as it is highly toxic, but although it is now out of the market in all countries of the world, the effects of exposure to lead are still present today particularly on the brains of those born and raised in the era of the red petrol boom. This is demonstrated by a new study published in the journal PNAS according to which more than one in two Americans would be affected by brain damage caused by red gasoline.

Researchers from Duke University and Florida State University observed public data from the National Health and Nutrition Examination Survey on blood lead levels of all children born and raised in America in the period 1940 - 1975 and compared them with reference values. that for infants should not exceed 5 mcg / dL, even if the risk is always present since there is no known minimum concentration that cannot cause cognitive delays.

In 2015 the data reported disconcerting values: More than 170 million Americans had blood lead concentrations above 5 mcg / dL in childhood, more than 54 million above 15 mcg / dL, and approximately 4.5 million above 30 mcg / dL, showing severe lead poisoning and lower IQ scores of at least 3, if not 6 points for those born around 1960 according to what experts speculate.

The study showed that millions of adults were exposed to high concentrations of lead when they were children, having inhaled the metal as a powder or ingested via water, but the lower IQ is just one of the permanent damage they may have developed. .

Millions of us carry the story of lead exposure on our backs, but it's not like having a car accident from which we are cured because lead poisoning can have implications for life "

said Aaron Reuben, one of the study's co-authors.

Lead causes in children impaired cognitive abilities such as memory loss or attention deficit, but also problems related to sleep rhythm up to motor capacity. And to think that leaded petrol was only one of the polluting sources capable of damaging human health, as well as the environment.

Exposure of new mothers to Pfas reduces the nourishing power of breast milk and affects the health of babies. I study ❯