Exposure to glyphosate increases cancer risk by up to 41%, the study found 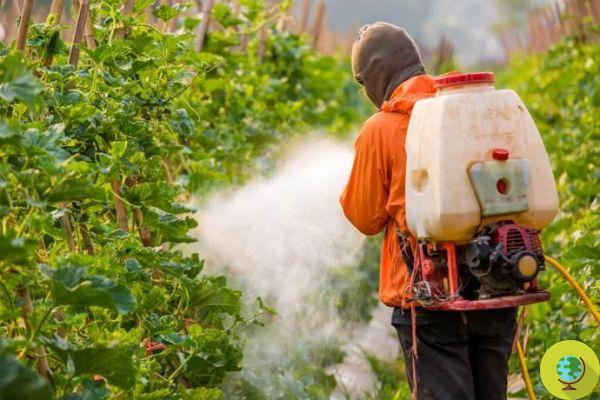 A new study confirms the increased danger for those exposed to glyphosate of contracting non-Hodgkin's lymphoma (NHL), a cancer that affects the lymphatic system.

According to a new American analysis, elevated pesticide exposures they increase the risk of developing a type of cancer that affects the lymphatic system


Glyphosate is the most widely used broad-spectrum systemic herbicide in the world. There is now an infinite literature on it and for years there have been studies on studies that almost always arrive at the same point: the most famous pesticide in the world is potentially carcinogenic, among other things indicated as such by Iarc himself.

And now a revision strengthens the certainties acquired so far and confirms the link between glyphosate exposure and increased risk of cancer. The study focuses in particular on the danger of contracting non-Hodgkin's lymphoma (NHL), a cancer that affects the lymphatic system.

Exposure to the pesticide, in essence, would do increase the risk of developing non-Hodgkin's lymphoma by 41%. The evidence "supports a compelling link" between exposure to glyphosate-based herbicides and increased risk for non-Hodgkin's lymphoma, the authors concluded, although they state that specific numerical risk estimates need to be interpreted with caution.

The findings of US scientists contradict the safety guarantees of theUnited States Environmental Protection Agency (EPA) on the herbicide, which claimed the non-carcinogenicity of the product, and come to propose regulation in several countries and to consider the possibility of limiting the use of glyphosate-based products in agriculture.

Monsanto and its German owner Bayer face more than 9 lawsuits in the United States filed by people with NHL, yet they still argue that there is no legitimate scientific research showing a definitive association between glyphosate and NHL or any other type of cancer.

But in fact, if there is no real connection between the chemical and cancer, why do even highly exposed individuals develop cancer at significant rates?
Together, all the meta-analyzes conducted to date, including the latter, consistently point to the same key discovery: exposure to the herbicide is associated with an increased risk of cancer, starting with non-Hodgkin's lymphoma.

For its part, Monsanto continues to speak of mere "statistical manipulations". But apparently, time and continuous scientific analysis will never prove her right.

Vitamin A Enriched Sweet Potato: The Solution to World Hunger?

Nicaragua: Save sugar cane farmers with clean water and shade?

Are the olive trees of Salento really in danger due to a bacterium?

Photovoltaic greenhouses: incentives only if the solar panels do not exceed 50%

add a comment of Exposure to glyphosate increases cancer risk by up to 41%, the study found