Everything you don't know about cashews. How they are born and curiosity

How are cashews before they arrive on our tables? What is the fruit like and what kind of processing does it undergo?

How are cashews before they arrive on our tables? What is the fruit like and what kind of processing does it undergo?

Sometimes we eat foods but we have no idea where they really come from, how they grew up and the processing behind them before arriving on our tables. This is the case of the cashew nuts, whose plant does not live in our latitudes and which perhaps only a few of you will have seen live.


Cashews are native to Brazil but in the sixteenth century they were also exported to India where they became part of traditional cuisine. By now the plants from which they are obtained are grown in various areas of the world, in fact they are evergreen trees that adapt to different varieties of tropical climates.

The goodness of cashews has long been appreciated by Brazilians who eat both the "fruit" and the nut that hangs over the cashew (see the photo below to understand). Actually the fruit, the yellow-hued red part that you see, is actually a false fruit as it contains no seeds. The seed is the very part that we know and consume. 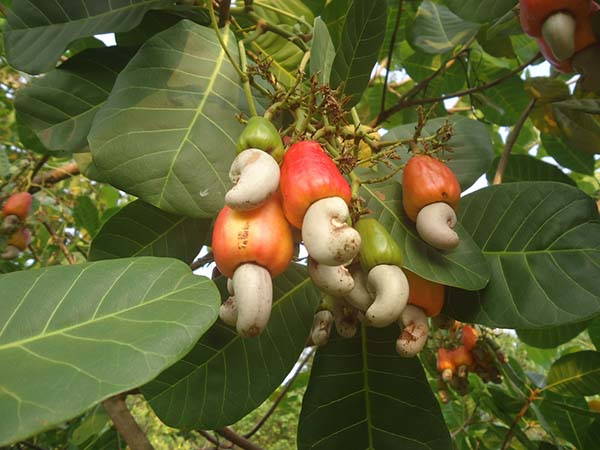 The false fruit, similar in appearance to a cross between a mango and a grapefruit, can be eaten raw or transformed into juice or jam but this occurs only in the countries of origin of the plant as its very thin and delicate skin does not favors transportation.

The two parts of the edible plant are called respectively "cashew apple" (the false juicy fruit) and the "cashew nut" or cashew almond (the dried fruit we know and consume).

But there is another curiosity you probably don't know about consuming cashews. Around the part we like to eat there is an area that contains three things that we absolutely must avoid ingesting: a phenolic resin (which can be used as an insecticide), anacardic acid (an irritant) and urushiol, a substance also found in poison ivy.

So before arriving on our table, cashews must undergo a very important and long transformation (which also justifies the decidedly high price compared to other variants of dried fruit) which mainly uses heat treatments to destroy the toxins present in the internal. 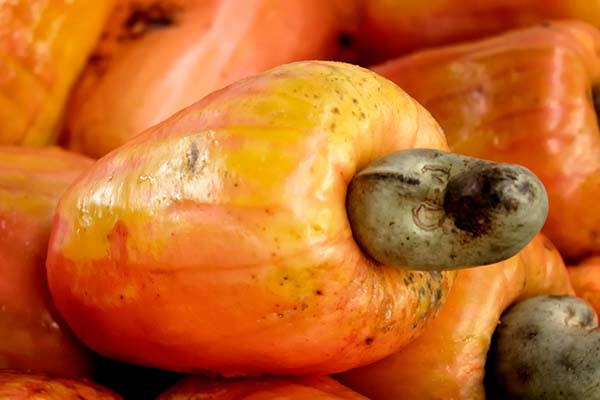 Once the toxicity problem has been solved, the seeds are toasted, shelled (often the operation is done by hand) and then blanched again to favor the elimination of the outer skin that covers them.

If you want to know more about the laborious production of cashews, watch this video:

Unfortunately, the cultivation and production of cashews is also often linked to violations of the human rights of workers. We therefore try to always buy them from fair trade.

add a comment of Everything you don't know about cashews. How they are born and curiosity