Every drink has its after-effects: the symptoms to expect for every alcoholic, from mulled wine to sparkling wine 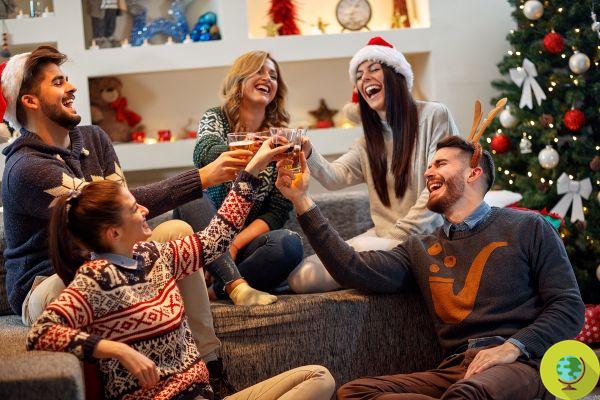 What are the symptoms to expect for each alcoholic? Let's discover them together passing from mulled wine to sparkling wine

Nausea, tiredness, thirst, headache, have you ever suffered from them after having raised your elbow a little too much? These are some of the most common symptoms associated with alcohol consumption. From mulled wine to prosecco, from spritz to negroni, no one excluded! Frequent yes, but different for each drink.


According to experts in fact the symptoms of the next day they differ according to the intrinsic characteristics of each drink. Knowing them can be very useful, especially now that the holidays are approaching, to avoid nasty surprises.

Much loved during the winter holidays, good mulled wine certainly is, but not without risks for the day after. In fact, despite having a lower alcohol content than other drinks, it causes blood sugar levels to rise rapidly, causing fatigue and headache. But also possible dizziness and tremors due to hyperglycemia.

Prosecco is basically a white wine, while sparkling wine is a type of prosecco. Both can therefore cause the typical symptoms associated with the consumption of white wine, viz headache, because of the sulphites, and on the other hand irritation of the gastric mucosa and stomach ache, due to the high acidity. This does not mean that they should be excluded but pay attention to the quantities.

Spritz is an alcoholic long drink traditionally prepared with prosecco, aperol, a splash of soda, oranges and ice. Sometimes the prosecco is replaced with plain white wine or, in regions like Friuli, the spritz is a simple wine diluted with sparkling water. A very popular drink all year round which, however, can lead to various symptoms if consumed in excess.

In fact, white wines can provoke irritation of the gastric mucosa, pain and heartburn, and this is because the acidity level tends to be higher. They also contain more sulphites on average, which the body struggles to dispose of, which is why they sometimes cause heachache.

The beloved Negroni is prepared with Campari, red Vermouth, Gin, oranges and ice. While the equally famous Negroni Wrong instead of gin sees sparkling wine as the protagonist. In both cases, the cocktail has no particular contraindications but it is always advisable to drink it in moderation because being an alcoholic, it can cause headaches and other annoying hangover symptoms.

Vino rosso, brandy, whiskey and in general dark colored spirits are richer in congeners, organic molecules that are produced during fermentation, which are difficult for the body to dispose of. Consequently these spirits prolong hangover symptoms, mostly headache, body aches and nausea, because the body has to dispose of the excess alcohol on the one hand, and the congeners themselves on the other.

Entering into the merits of Red wine, it contains not only congeners but also natural substances called tyramine and histamine, which can cause blood vessels to narrow and consequently headache in the morning. Some people even warn nausea and migraine even after only 15 minutes from consuming the drink. Definitely less harmful is organic red wine, as long as it is consumed in moderate quantities.

Hard to believe but tequila is one of the spirits that causes fewer annoying hangover symptoms. At least when it comes to pure tequila, made 100% with agave. In fact, the latter is fermented differently from the other types, and accumulates less sugars and congeners, usually associated with the worst symptoms. However, it should be consumed with water and in moderation.

Dry eyes: those who are too much at the PC are at risk. Some natural remedies can help ❯

add a comment of Every drink has its after-effects: the symptoms to expect for every alcoholic, from mulled wine to sparkling wine