Eversweet, the GMO Stevia, passed off as sustainable and produced by the multinational Cargill, which risks making Paraguay growers go bankrupt.

La Cargill, a famous US multinational, has started producing the stevia, or something similar to it, putting at serious risk the farmers of countries like Paraguay who have grown it sustainably for generations and who, moreover, survive from it.


For those unfamiliar with it, it is one of the largest agri-food multinationals in the world, and just this week it started producing stevia GMO, call EverSweet. Cargill says it does it sustainably at its Blair, Nebraska plant, but according to sustainable environmental organizations there is very little in that type of production.

Stevia is in fact produced through the use of genetically modified yeast that converts sugar molecules into a substance that resembles them, and which according to the environmental group Mighty Earth of former MP Henry Waxman, has nothing sustainable. For Waxman, Cargill is in fact the worst company in the world:

“During my 40-year career in Congress, I have seen a number of companies engaging in abusive practices. I have seen firsthand the damaging impact of businesses failing to bring their ethics to work. But Cargill stands out ”.

Cargill, for its part, justifies the sustainability of stevia by stating that the production is above ground but according to UsRight things are different, because the company's $ 50 million fermentation plant, located in the area of ​​GMO Roundup Ready corn, will depend from crops sprayed with pesticides or other sources of sugar grown on the ground, which will feed the yeast into the company's vats to produce EverSweet. 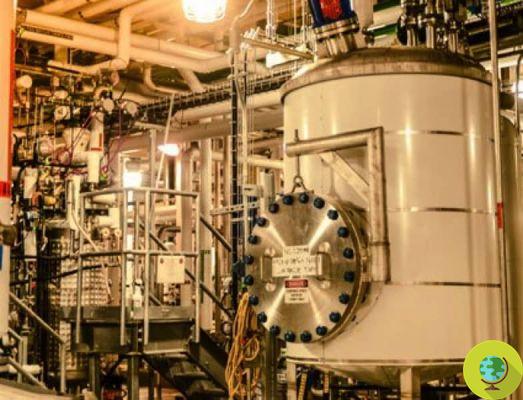 The reason why the company would have decided to "sell" EverSweet as a sustainable product would depend on the greater propensity of consumers to buy natural products. Which is why, according to UsRight, Cargill's public relations strategists would have recommended avoiding terms like "synthetic biology" and "genetic engineering", preferring more vague descriptions such as "derived fermentation".

Not to mention that the low-cost production of synthetic stevia, as stated, can have negative repercussions on the sustainable farmers of Paraguay, who have grown it naturally for many generations, making a living from it. Their economy, in fact, could be devastated because it will be difficult to compete with the low prices of the unnatural alternative, affecting the living conditions of many families.

add a comment of Eversweet: the GMO Stevia that threatens to bankrupt Paraguayan growers