Other than yellow gold. The one of the future could turn green. The change, however, will not affect the color. Indeed, African mines could soon produce gold without exploiting child labor, enforcing safety regulations and trying to prevent the leakage of toxic substances.


Of course yellow gold. That of the future could become green. The change, however, will not affect the color. Indeed, African mines could soon produce ethical gold without exploiting child labor, enforcing safety regulations and trying to prevent the leakage of toxic substances.

The green gold revolution could start soon. fairtrade international announced this week that 12 mines in Tanzania, Uganda and Kenya are in the process of selling Africa's first ethical gold within a year.

La Tanzania it is the fourth largest gold producer in Africa. About 15 million people work in the mines - many illegal and unlicensed - producing around 200-300 tons of gold per year. Most of the minatori they work on 24-hour shifts without the minimum safety devices, such as helmets, boots or goggles. And all in fragile mines, without wooden supports.

But that is not all. Once brought to the surface, the precious mineral is crushed by women with hammers, sometimes holding babies on their knees. In some mines, cyanide is even used to remove gold from waste ore. And in other cases, workers mix the gold ore with mercury to separate the gold particles. Terrible living conditions, not to mention the high levels of pollution with the strong presence of mercury and cyanide in the rivers. 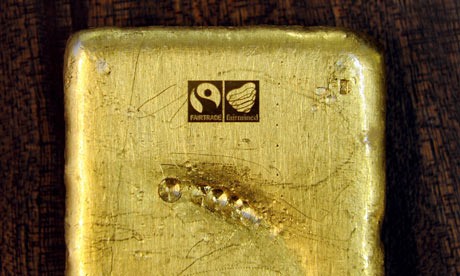 But the system Fairtrade it could finally introduce the change that is needed. Under a three-year scheme funded by Comic Relief, the mines are changing their working practices, introducing a ban on child labor exploitation and new safety regulations, in the hope that customers in Europe, Asia and America will be willing to pay more for this "green gold".

There are no official figures, but there are many Tanzanians poisoned by mercury fumes, and have to contend with memory problems and eye diseases.

obtain Fairtrade certification, gold mines will have to ban open-burn mercury e prohibit children from working in the mines. Other details are still under discussion.

- Ethical wedding rings for a marriage between tradition and originality