Energy drink: Drinking even one has devastating effects on the body. I study 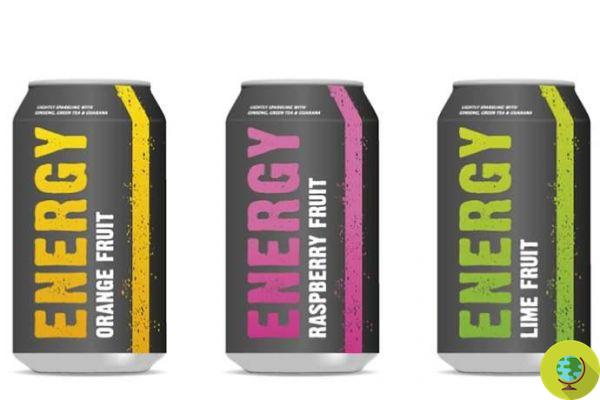 Several ingredients in drinks, such as caffeine and sugar, make blood vessels more contracted than normal and increase the risk of heart attack and stroke.

What happens to our body as soon as we drink an energy drink? Even an energy drink alone can constrict blood vessels in just 90 minutes and cause serious heart damage. The results of a new study.


They often end up under accusation because decidedly unhealthy drinks, energy drinks - non-alcoholic, energizing and containing mostly caffeine - are now also accused of increasing the risk of heart attacks and strokes.

This is confirmed by researchers at the University of Texas at Houston, who in a study believe that this is due to several ingredients present in drinks, such as caffeine and sugar, which make blood vessels more contracted than normal.

Already under the magnifying glass because they are bad for the liver, energy drinks can also cause headaches and sleep disturbances and, above all, excessive amounts of sugar and caffeine (of which energy drinks are made) compromise health and healthy growth.

For the research, the team looked at 44 students from UTHealth's McGovern Medical School, all 20-year-olds, non-smokers and classified as 'healthy'. The researchers wanted to test the function of the endothelium, a layer of cells that lines the surface of blood vessels (and endothelial dysfunction is an indicator of a heart attack because the arteries are unable to fully dilate).

The team tested the participants' endothelial function before each drank an approximately 700ml energy drink and 90 minutes later. During the second test, the researchers looked at the students' flow-mediated dilation of the artery, an ultrasound that measures the overall health of blood vessels, and confirmed that in just one and a half hours the internal diameter of blood vessels, on average. , had been reduced by nearly half.

In particular, the measurements made with ultrasound devices, revealed before consuming the drink, showed the dilation of the blood vessel of 5,1% in diameter, which subsequently reduced to only 2,8%, showing a compromise. acute vascular function.

The American team suggests that the negative effect on blood vessels could be related to the effects of the ingredients in energy drinks - including caffeine, taurine, sugar and other herbal products - on the endothelium.

"As energy drinks are becoming more and more popular, it is important to study the effects of these drinks on those who drink them frequently and better determine what, if any, is a safe drinking pattern," the authors noted.

No energy drinks, therefore, also so that you know that the regular intake of this type of drink is also linked to a risk of addiction, so with the passage of time it seems necessary to ingest more and more of them. Alternatively, make your own fruit and vegetable-based energy drinks.

Energy drink: 10 natural recipes to prepare them at home ❯

add a comment of Energy drink: Drinking even one has devastating effects on the body. I study