Endometriosis: gene identified that could be potential target of treatment. I study 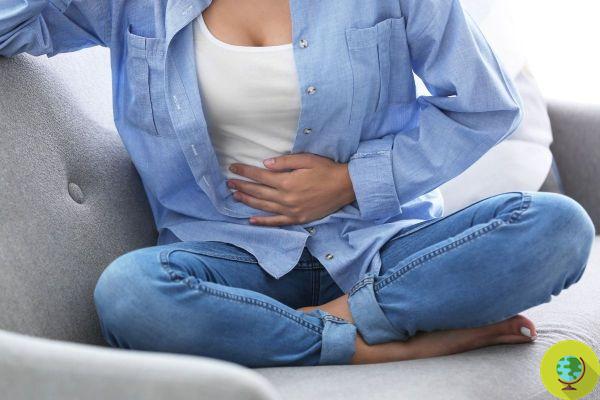 Endometriosis is still an untreated plague for one in ten women worldwide. But now a new study would have identified the gene responsible for the disease and the protein that causes inflammation


About 10% of the world's female population suffers from endometriosis: it is a condition that afflicts the fertile woman (often already from the first menstruation) and which can last until menopause, and consists in the presence of the endometrium (a mucous membrane that normally covers only the uterine cavity) outside the uterus.

The causes of this disorder are still unclear: one of the most accredited hypotheses is the passage, caused by uterine contractions that occur during menstruation, of fragments of the endometrium from the uterus into the tubes and from these into the abdomen. The consequences are first of all severe menstrual pains, connected to fatigue and hyperthermia; pain and discomfort are also felt during sexual intercourse. Finally, endometriosis causes sub-infertility or infertility in about 40% of women who are affected.

There is currently no effective cure for this condition, if not hormonal treatments aimed at improving the quality of life of the woman and reducing suffering: the contraceptive 'pill' is often administered for the sole purpose of preventing ovulation and menstruation, but this and other treatments are nothing but palliatives. they don't always work.

A recent study, however, could lead to new developments in this field, paving the way for new treatments for this disorder. A team of researchers fromOxford University, in fact, he discovered that there are variations in the gene that produces the neuropeptide receptor protein S 1 (NPSR1) among women with endometriosis and those who do not suffer from the disorder: this protein plays a key role in the transmission of nerve signals and in 'inflammation.

The study, aimed at understanding what were the genetic causes behind the disorder, lasted several decades. The researchers began by believing that endometriosis was a disease that was transmitted exclusively hereditary, from mother to daughter - but this is not the case: only 50% of cases of endometriosis are familiar, while in the other cases the disease is affected by many factors - such as pollution, environment, genetic makeup and lifestyle.

The genetic makeup of women suffering from endometriosis with familiarity and of others who did not have similar cases in the family was then analyzed; finally, the DNA of women not affected by the disease was also analyzed. It was found that the NPSR1 gene has many variations from one type of woman to another.

Next, the researchers tested on cells in the laboratory whether stopping NPSR1 gene activity could have any effect on inflammation linked to endometriosis: by disrupting the gene's activity within immune cells, they became less reactive and they produced less of the protein that normally leads to inflammation. This would mean less pain and less suffering for the patients.

However, these are experimental treatments conducted in the laboratory and not yet usable on humans. The next step of the research will be to condense this important discovery into a drug that inhibits the activity of the NPSR1 gene and to verify its efficacy in reduce symptoms of endometriosis.

Endometriosis: These are the symptoms you need to recognize to find out in time and as soon as possible ❯

add a comment of Endometriosis: gene identified that could be potential target of treatment. I study