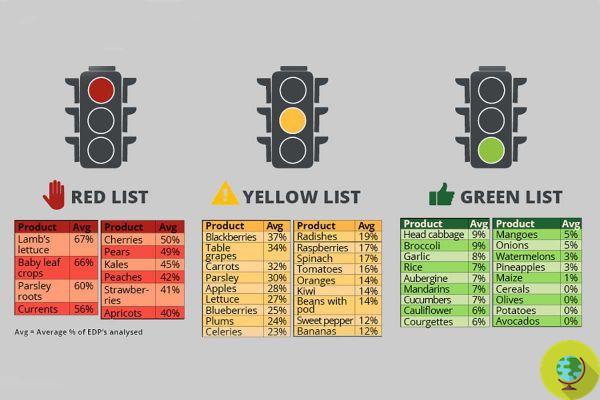 
Stop the endocrine disruptors in everyday products. The Nordic Council calls on the EU to ban harmful compounds found mainly in products for the home and for the person. Endocrine disruptors would primarily negatively impact male reproductive health.

Each year precisely these substances would cause hundreds of millions of euros in damage to European citizens, starting from a first economic estimate of their impact on health. The Nordic Council has recently published the report The Cost Of Inaction (download Thu the PDF) to shed some light on the problem.

Unfortunately, endocrine disruptors would be particularly harmful to the male reproductive health and the greatest fear relates to testicular cancer, along with infertility and deformation of the penis and testicles.

The new report drawn up by the ministers of the Nordic Council focuses on the economic costs of health problems and the ability to work of men with these diseases, but remember that these male disorders they are only a fraction of endocrine diseases related to synthetic hormonal disruptors.

A further study showed that EDC present in antiperspirants can reduce male fertility by 30%. The Nordic Council, which represents the governments of Denmark, Finland, Iceland, Norway and Sweden, raises the problem to the European Union and asks it to identify and evaluate EDCs harmful. Sweden it would already be on a war footing after taking legal action that would blame the European chemical industry lobby for failing to meet certain deadlines.

Danish Environment Minister Kirsten Brosbol would not want taxpayers to have to pay for the damage caused by endocrine disruptors, while the chemical industry is saving money choosing not to properly investigate the problems related to the synthetic substances used.

To which substances and products of daily use should we be careful?

European industries have an obligation to respect safety thresholds for the substances used in their products, but are the limits set effective enough? And are the controls always severe? According to the experts Statistics increasingly suggest that hormone-like chemicals affect our health. It would therefore be necessary to prevent these problems with greater monitoring of the substances used, their quantities and their effects on health.

here are the 5 most used endocrine disruptors in consumer products.

1) Diethyl-phthalato (DEP): i phthalates of light alcohols, such as diethyl phthalate, are used as solvents in scents. And synthetic fragrances are present in most personal care products, from shaving foam to shampoo, and for household cleaning. In addition, phthalates are used in the production of nail polishes, adhesives and paints. They are also used in the production of plastics, to make plastics more flexible.

READ also: Phthalates present in perfumes and cosmetics increase the risk of diabetes

2) Bisphenol A (BPA): is one of the best known endocrine disruptors. It has been associated with male infertility and possible fetal development problems. It is used for the production of plastics. There are 7 classes of plastics used for packaging. Class 7 plastics are often manufactured with bisphenol A. Class 3 plastics may contain bisphenol A. Claee plastics 1 (PET), 2 (HDPE), 4 (LDPE), 5 (polypropylene), and 6 (polystyrene ) do not undergo the polymerization process through the use of bisphenol A for the production of packaging. Therefore it is important to pay attention to the code relating to the type of plastic present on the packaging of products for cleaning, hygiene and food and on containers intended for storing or cooking food.

3) Tetrabromobisphenol A (TBBPA): it is used to increase the thermal resistance of plastics often exposed to heat sources. It is a derivative of bisphenol A. It is mainly used for the production of plastics for frames laptop, mp3 players and other electronic gadgets.

4) Triclosan: has a chemical structure similar to that of dioxin. It is used as an antibacterial especially in personal hygiene products, such as toothpastes, liquid soaps and hand sanitizers. The European Commission considers it safe, but more and more studies warn against its use. The US could soon put it on banned in detergents and cosmetics. A new study highlighted the risk of liver toxicity of triclosan for human health.

5) Ottil-metossicinnamato (OMC): it is a substance used eg for the production of sun creams and protective lip sticks. Some studies have highlighted its endocrine disrupting effects in the laboratory. It is used to protect the skin from UVB rays.

Sometimes the labels of cosmetic products show the words: 0% BPA and 0% Phthalates, but this is not always the case. We try to give preference to companies that are committed to respecting the health of consumers.

Endocrine disruptors often they are not considered dangerous under the traditional definitions of toxicity or carcinogenicity, and therefore risk escaping the classic rules that prohibit dangerous substances in commonly used products or that require labeling.

Businesses should now focus on making products that do not contain hormone disruptors and other problematic chemicals. Problems related to male reproductive health cost the European Union a whopping 592 million euros a year. Will the desire to save finally make it possible to take decisions that favor citizens and limit the excessive power of the chemical industry?