Electronic cigarettes: you can smoke in public places 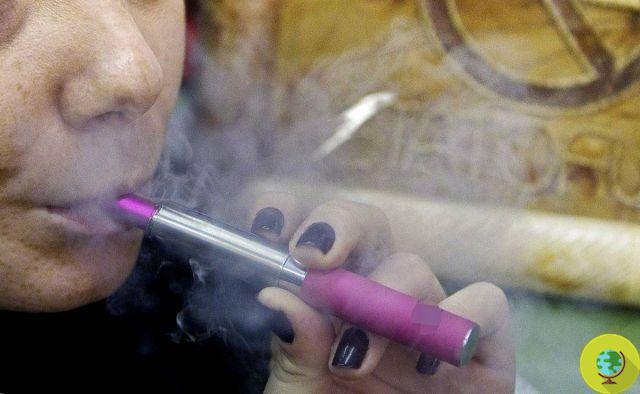 Thanks to an amendment to the related decree, the ban falls to smoke e-cig in public places. The new rule it is not fair But for schools. At school, the ban on smoking e-cigarettes will remain, both for students and for teachers and for all non-teaching staff who work inside school buildings.

Ad to express a first negative opinion on the decision is the Codacons, which is opposed to the absence of any ban on electronic cigarettes in public places, such as bars, restaurants and offices. For what concern Ministry of Health, Beatrice Lorenzin recalled having waged a battle to prevent e-cigs from coming equated to drugs, but in this regard the opinion of the European Parliament would be awaited.

The reformulation of the decree, which dates back to last July, was proposed by the Government, which has decided to allow smoking of electronic cigarettes in all public places, except schools. As for any damage to health of the Non-Smoking, the effects of electronic cigarettes would not be compared to those of the real thing passive smoking. According to the mayor of Rome, Ignazio Marino, for e-cigs we cannot speak of smoking, but of “vaporising”, as for a sort of aerosol very different from smoking.

In addition, the new permission to smoke e-cigs in public places would help to raise the level economic situation of those traders who had counted on their sale to get out of the crisis. From the point of view of health, Umberto Veronesi has recently spoken in favor of e-cig, as they would decrease smokers' exposure to nicotine and tobacco, leading to a reduction in the number of traditional cigarettes smoked every day.

Some fear however for the healthiness of the air that we breathe and for any harmful substances present in the vapor emitted by the e-cig. Electronic cigarettes may be a useful means for many to abandon traditional cigarettes, but they should not be seen as the first step towards the habit of smoking by those who have never smoked. The equation between the two products, however, would only push people towards traditional cigarettes. So better differentiate and welcome the lifting of the ban? The debate on e-cigs is by no means over.

Electronic cigarettes: the risks according to the WHO ❯

add a comment of Electronic cigarettes: you can smoke in public places