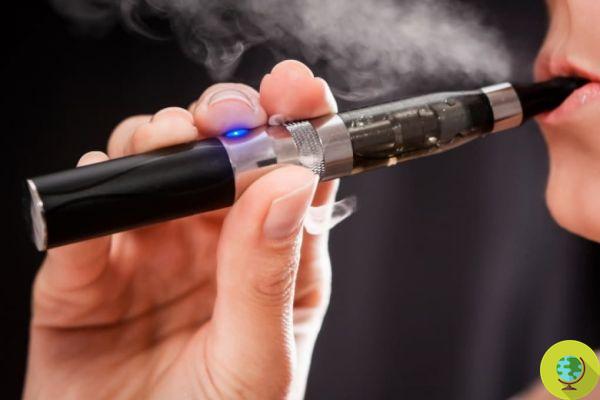 The electronic cigarette helps to quit smoking. This time to break a lance in favor of e-cig was a study carried out by the University of Catania, and published on PlosOne. According to the research, called ECLAT, 9,7% of smokers have abandoned 'blondes' thanks to e-cigarettes

La electronic cigarette helps to quit smoking. This time to break a lance in favor of e-cig was a study carried out by the University of Catania, e published on PlosOne. According to the research, called ECLAT, 9,7% of smokers abandoned 'blondes' thanks to electronic cigarettes.

The ECLAT method is a randomized study that evaluated smoking reduction and abstinence in 300 smokers who did not intend to quit. But the e-cig apparently convinced them as 8,7% of them abandoned tobacco. But not only that: three quarters have also managed to do without the e-cig. Divided into three groups, smokers had available different amounts of nicotine in the form of an electronic cigarette for different periods, on average 12 weeks.

The scientists then subjected the volunteers to nine visits during which the e-cigs smoked every day and the carbon monoxide levels were considered. Smoking reduction and withdrawal rates were calculated.

And here is what appeared in the eyes of the researchers. 8,7% of smokers not intending to quit who had used the e-cigarette they stopped smoking. 10,3% reduced the consumption of traditional cigarettes by at least 50%. Finally, 73,1% of those who had quit, at the end of the study had even abandoned the e-cig. The Sicilian research therefore seems to have disproved those who claimed that the electronic cigarette was not effective, beyond the health consequences.

Meanwhile, the controversy. Anafe, the National Electronic Smoking Association, protests against the possibility of taxing electronic cigarettes. “The tax on e-cigarettes and refills of 58,5%, if confirmed, is nonsense,” he protested. “The idea of ​​taxing not only liquids containing nicotine, but even spare parts, seems out of touch with us. What will the government do now, will it begin to tax computer and cell phone batteries as well? ", Indignantly underlines the e-cig manufacturer, Ovale" he said the president of Anafe, Massimiliano Mancini, according to whom "despite the declarations, not even one consultation was made, which would have been useful mainly to the government, to understand a sector whose functioning he proves to have no idea". In his opinion, the new taxation would involve greater risks for the health of customers who "would be induced to purchase products on the internet, cheaper, but of dubious origin and certainly more at risk".

- Electronic cigarettes: sold only in pharmacies? The EU turns around

- Electronic cigarettes: it's boom, but how safe are they?

Electronic cigarettes: from today prohibited to under 16s ❯

add a comment of Electronic cigarettes, they really help to quit smoking