Electronic cigarettes: the risks according to the WHO 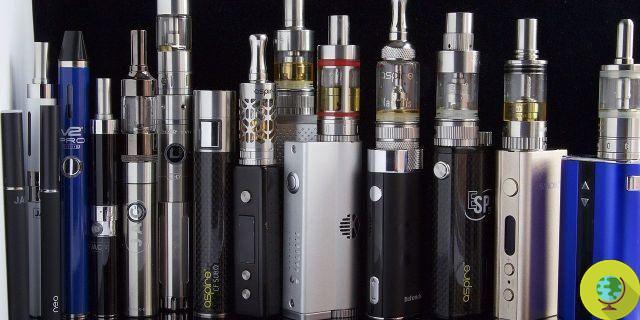 Governments should ban the sale of e-cigarettes to minors. This is one of the indications provided by the World Health Organization, according to which e-cigs represent a "serious threat" for fetuses and for the youngest.

Governments should prohibit the sale of electronic cigarettes to minors. This is one of the indications provided by the World Health Organization, according to which e-cigs represent a "serious threat" for fetuses and for the youngest.

L’Oms he also recommended than cigarette-shaped electrical devices are banned from public spaces “Until it is proven that the exhaled vapor is not harmful to bystanders. Current evidence shows that it is not 'just steam', as is often stated in the marketing of these products ”.

At the same time, however, the Organization recognizes that e-cigarettes are less toxic to the smoker than traditional cigarettes. But it also points out that research conducted so far to prove the safety of the devices or to confirm manufacturers' claims about their ability to help smokers quit traditional cigarettes is still too scarce.

Instead, there would be sufficient evidence for "to warn children and adolescents, pregnant women and women of reproductive age ”from using the device, due to the possible long-term consequences on brain development.

At least that's what this long report by the United Nations Agency supports, produced in view of the sixth session of the Conference of the member countries of the Convention for the fight against tobacco, which will take place in Moscow from 13 to 18 October next, where they will probably be new global guidelines agreed.

Electronic cigarettes: boom, but how safe are they?

Electronic cigarettes: where to throw them to dispose of them correctly?

Electronic cigarettes: boom, but how safe are they? ❯

add a comment of Electronic cigarettes: the risks according to the WHO