EFSA: Drinking more than 4 coffees a day is bad, especially during pregnancy 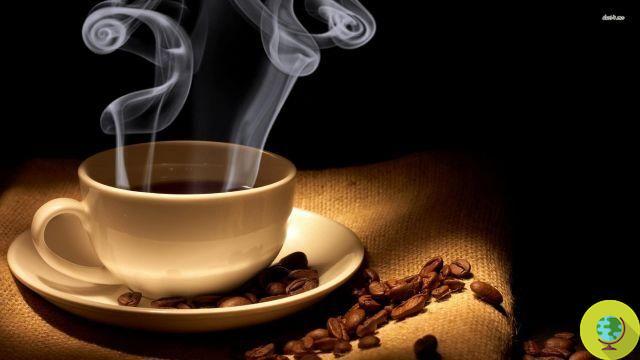 
Beanie more than four coffees a day is bad, especially to young people and pregnant women. These are the latest recommendations fromEFSA on coffee consumption. The European Food Safety Agency has established new maximum daily doses for caffeine intake.

New guidelines on coffee consumption therefore come from EFSA, as a result of research conducted at European level. According to EFSA, drinking more than four coffees a day is really dangerous for health. Recommendations on reducing coffee consumption warn i young people under the age of 18 and pregnant women.

In any case, under accusation we not only find the classic cup of coffee, but also the energy drinks and sodas that contain caffeine. In fact, the attention with regard to young people under the age of 18 concerns precisely this type of products, which are often purchased and consumed regardless of their caffeine content.

At the moment, EFSA is mainly aimed at consumers, to remind them to take into account the differences sources of caffeine present on the market, beyond coffee, which is the best known source.

L'Efsa communicates which is the first time that the risks of caffeine from any food source are analyzed at the level of the European Union. Some risk assessments have already been carried out by national authorities and other bodies around the world and all have been carefully evaluated by a specific EFSA working group.

In particular, the European Commission had requested EFSA to carry out these assessments after some Member States had expressed concerns about the adverse health effects associated with the consumption of caffeine, with particular reference to cardiovascular diseases, central nervous system disorders and possible risks to fetal health during pregnancy. Pending further information, in the meantime we can follow the recommendation of EFSA e do not exceed four coffees per day, especially if we are young or pregnant.

Specialties Thu EFSA's scientific opinion on the safety of caffeine.

WE RECEIVE AND PUBLISH THE POSITION OF THE COFFEE PROMOTION CONSORTIUM, 04 JUNE 2015

The Coffee Promotion Consortium welcomes the opinion of EFSA (European Food Safety Authority) on caffeine published yesterday, which considers a moderate intake, equal to 400 mg of caffeine per day (about 4-5 cups of coffee) as safe in the population. adult, part of a healthy and balanced diet and an active lifestyle.

"The opinion of EFSA - declares the President of the Coffee Promotion Consortium, Patrick Hoffer - confirms the position we have always supported: amoderate caffeine intake has no contraindication for the majority of healthy adults. It is important to clarify how this opinion does not question the safety of coffee ".

Furthermore, numerous studies indicate the positive effects of moderate coffee consumption: positive effects on memory and concentration, a strong preventive and protective action against type 2 diabetes and Parkinson's disease, a reduction in the risk of cardiovascular death.

Regarding cardiovascular risks, Andrea Poli, President of the Nutrition Foundation of Italy, states that: "A recent meta-analysis (Crippa et al, Am J Epidemiol 2014) which combined all the studies on the subject published in the literature between 1966 and 2013, highlights a significant correlation between coffee consumption and the reduction of mortality linked to any cause, in particular to the cardiovascular system. Coffee consumers, in this meta-analysis which carefully assessed the dose-response relationships, presented a 10-20% reduced risk of death from cardiovascular causes for all levels of consumption detected (up to 8 cups / day) ".

The European Food Safety Authority has provided recommendations for a daily intake of caffeine from all sources. Consumed in moderation daily and for long periods of time, caffeine is not harmful to health in healthy populations.

As EFSA notes, most people tend to naturally self-regulate consumption of caffeine which best meets personal needs; however, for some people to drink more coffee than
usually it can lead to agitation or sleep disturbances. These effects are generally short-lived and subside once the individual returns to the usual level of consumption. These effects are known to be more pronounced in some people than in others: moderate caffeine intake does not cause any problems in most people.

Special recommendations emerge from EFSA for children (3-10 years), adolescents (10-18 years) and pregnant women. Elio Acquas, Professor of Pharmacology and Toxicology at the University of Cagliari, underlines:

"If in the diet of an adult coffee is the main source of caffeine intake, this normally does not occur in children and adolescents, in which coffee is a negligible source and the pleasure associated with the consumption of coffee only matures at a time. later age ". “Furthermore - continues Acquas - in pregnant women, who metabolize caffeine more slowly, EFSA's recommendations consider an intake of caffeine up to 200 mg to be safe for the fetus. In fact, numerous studies show that a moderate consumption of coffee has no negative effects on the health of the unborn child or on that of the pregnant woman ".

· For pregnant women, caffeine intake up to 200 mg per day is considered safe for the fetus

For children (3-10 years) and adolescents (10-18 years), the daily intake of 3 mg per kg of body weight is considered safe

Single doses of 100 mg can increase sleep latency (the amount of time it takes to fall asleep) and shorten the length of sleep in some adults, especially when consumed shortly before a night's rest.

A vast scientific literature shows that coffee is fully part of an active lifestyle and a correct and balanced diet (http://www.coffeeandhealth.org). EFSA itself has previously recognized that caffeine, also contained in coffee, exerts positive effects both on a mental level (alertness, concentration) and physical performance (endurance). Scientific evidence to date also suggests that moderate consumption of coffee throughout life can slow physiological age-related cognitive decline and reduce the risk of neurodegenerative diseases (such as Alzheimer's and Parkinson's disease). risk of type 2 diabetes and a range of liver diseases.

Coffee: good but not early in the morning or at lunchtime
Health in a cup of coffee: 3 pros and 3 cons
7 superfoods to not regret coffee

add a comment of EFSA: Drinking more than 4 coffees a day is bad, especially during pregnancy