An edema is an abnormal accumulation of fluid in the interstitial spaces. Why does it happen and how to prevent it?

With the term of edemathe idropisia, means a abnormal accumulation of fluids in interstitial spaces, in those spaces, that is, "free" that are found between the cells outside the vessels, and it is a situation that therefore produces swelling. The disease can affect the whole body, but the hands, arms, feet, ankles and legs are generally affected the most. But what causes edema? And what are the most relevant symptoms?


An edema can be different from case to case, so much so that sometimes even just enough act on nutrition, while in other cases it is necessary to intervene with drugs or other therapies to deal with more serious problems, such as kidney dysfunction.

READ also: WATER RETENTION: CAUSES, SYMPTOMS AND WHAT TO EAT TO PREVENT IT

The edema is therefore a symptom rather than a disease, and on average it affects pregnant women and the elderly more frequently.

If in normal and stable conditions, the task of the capillaries is to filter at the level of the arterial extremity and reabsorb at the level of the venous extremity, the blood circulating inside them will have the possibility of releasing oxygen and useful substances towards the arterial extremity and taking "waste products" towards the venous extremity. These are steps made possible by a very subtle pressure gradient, because it is influenced by numerous factors, such as venous pressure and concentration of proteins in plasma and interstitial fluid.

If this interstitial fluid is missing or insufficient it occurs edema. Edema, therefore, arises from one substantially altered capillary exchange. Different factors can contribute to the edema, so it is always useful to contact your doctor and do the appropriate research.

Typically, a quick and simple diagnosis is based on the compression of the swelling with a finger: if a dimple is formed in correspondence, the so-called "fovea”(More evident if the maneuver is performed near a bony relief, such as the anterior margin of the tibia and the sacrum), we are faced with pathological edema. If, on the other hand, the edema was caused by trauma or an accumulation of mucopolysaccharides (mixedema), due for example to a condition of hypothyroidism, the tissues return to their original position.

Se edema is widespread throughout the body, we must refer to a anasarca: a condition possibly caused by severe heart failure, a condition of liver failure or nephrotic syndrome.
Still different is the lymphedema, due to aabnormality of the lymphatic system and to excessive permeability of the lymphatic vessels. Lymphedema can have congenital origin, or it can occur as a result of trauma caused by surgical operations or by cycles of radiotherapy. 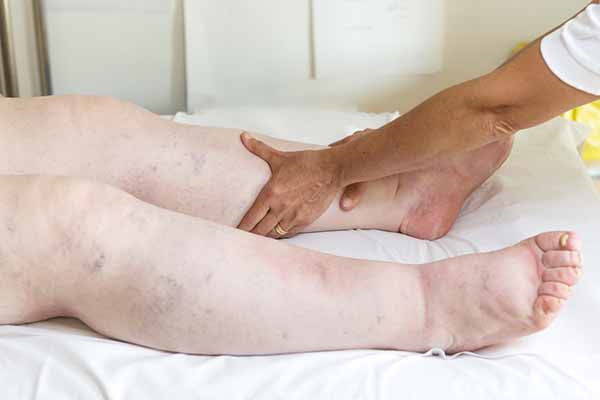 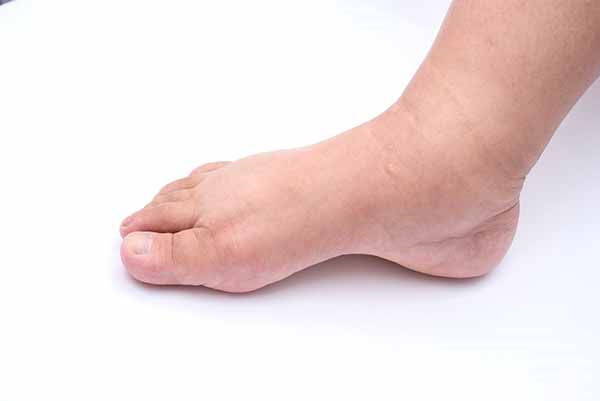 READ also: MANUAL LYMPHATIC DRAINAGE: WHAT IT IS AND HOW IT WORKS

We have already said that an edema is already a symptom in itself, so it goes without saying that researching its causes and symptoms is a work that goes hand in hand. For an edema due to trauma, for example, the first obvious symptom is the local pain, then followed by swelling and possibly a hematoma (the bluish discoloration of the skin).

In this case, it is a real one physiological inflammatory reaction that our body has put in place to "protect" the affected part from further trauma.

When theedema is generalized, on the other hand, the first symptom we see is a weight gain due to the high amount of accumulated liquids.

In edema due to venous circulation defects, the symptoms are: heavy legs e swollen ankles.

In any case and in principle, symptoms of edema, which can both appear suddenly as well as establish progressively and which can affect any site in the body (even the brain). associated with the pathology that caused the edema. 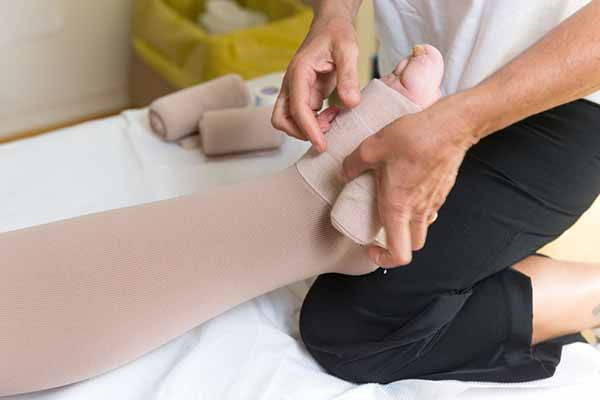 If the edema is generalized, it can be caused by:

If the edema is localized (most often affects the lower limbs, but can also affect the face and hands) can be caused by:

Finally, edema can also have nature "iatrogen", like after having removed lymph nodes in cancer surgery or radiotherapy.

If of traumatic originThere is no need to worry about edema, although trauma edema can hide a fractured joint bone. It is therefore useful always make the necessary checks. In this case, however, the cures are aimed at resolving the lesion and if there is no particular severity, edema can also be prevented, or reduced to a minimum, and its functionality is quickly recovered. 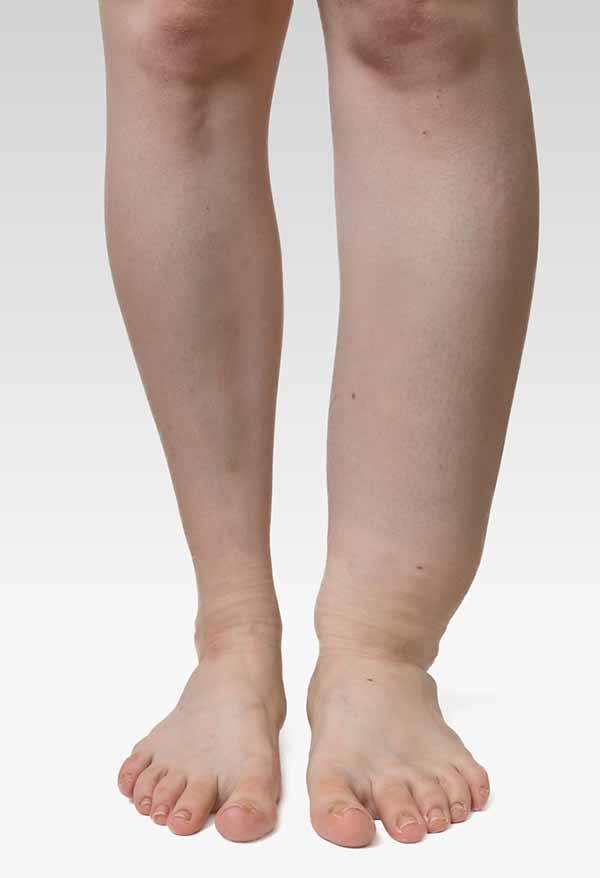 If, on the other hand, you are in the presence of a generalized edema or edema that in any case has a non-traumatic origin, if not treated promptly it can have serious consequences. It is clear that in generalized edema, complications are linked above all to the pathology that caused it, so nothing should be underestimated. The "extravasation”, For example, can cause inflammation in the affected area and phlebitis (inflammation of the veins).

In 'edema alle gamband, if the cause is not treated, it can lead to rupture of a varicose vein, the onset of phlebitis or thrombosis. In this case, then the venous pathology, such as varicose veins, must first be treated. It's obvious that in all cases of generalized edema the therapies consist in the treatment of the pathology that caused it and the doctor often associates a low-salt diet and therapy with diuretic drugs to specific treatments, to favor the elimination and drainage of fluids.

It is a good idea, especially if you live in conditions that favor the stagnation of the circulation in the extremities, such as a sedentary work, to try to keep moving, for example by getting up from the desk often, and doing periodic stretching exercises.

and resort to arnatural remedies who are able to perform aanti-inflammatory action e painkilling as:

Edison was right! You can really increase your creativity by sleeping if you take advantage of this precise moment of sleep ❯

add a comment of Edema: symptoms, causes, consequences and treatment