Eating too much rice can increase the risk of heart disease from arsenic. I study 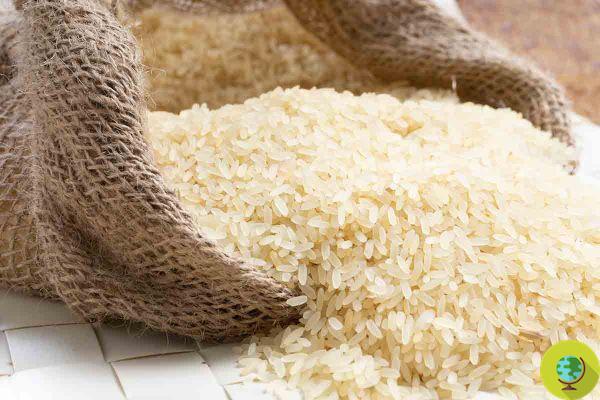 One study claims that eating too much rice can increase the risk of heart disease and related mortality. The fault lies with arsenic

A new study has shown that rice, a cereal widely consumed especially in some parts of the world, is linked to an increased risk of cardiovascular disease and relative mortality. Where does the alleged dangerousness of this food come from? From the content of arsenic inorganic.


Rice is the most consumed food by much of the world's population, with over 3 billion people eating it every day as their main food. However, a team of British experts believe that the levels of inorganic arsenic contained in rice could cause thousands of deaths every year.

Researchers from the University of Manchester and the University of Salford carried out a study whose purpose was to examine the relationship between rice consumption and cardiovascular disease caused by exposure to arsenic in England and Wales.

The results, published in the journal Science of the Total Environment, show that there may indeed be a link between increased cardiovascular risk (and relative mortality) and the consumption of rice, a food that contains traces of inorganic arsenic.

As stated David Polya, professor at the University of Manchester and research coordinator:

Arsenic is a well-known poison which, when taken in certain quantities for long periods of time, can cause serious health problems such as cancer and cardiovascular disease. Exposure to low levels is also dangerous, and consuming rice regularly can help exceed safety thresholds.

A danger especially for the little ones, as a previous English study had already highlighted.

Too much arsenic in rice, especially danger for babies and children. The English study

Commenting on the results of the new research, Professor Polya further stated:

"The type of study being undertaken has many limitations but is a relatively inexpensive way to determine if there is a plausible link between increasing consumption of inorganic arsenic via rice and increased risk of cardiovascular disease."

Further research is therefore needed to confirm the findings of the English study.

What can we do to lower the risk

The research team suggests some tricks to limit the risks: it is not necessary to eliminate rice from your diet but it is good tochoose varieties such as basmati which contains much lower levels of arsenic than brown rice, for example.

It is also recommended vary the power supply as much as possible, avoiding to consume mainly rice.

Then there are some simple systems to remove arsenic from rice at the time of preparation that we told you about. You can read them in the following article.

How to cook rice to remove arsenic

Fonti: The University of Manchester /Science of the Total Environment

Eating a hot dog takes 36 minutes of life. The study on the impact of food on health and the environment ❯

add a comment of Eating too much rice can increase the risk of heart disease from arsenic. I study