Eating out often increases phthalate levels in the body 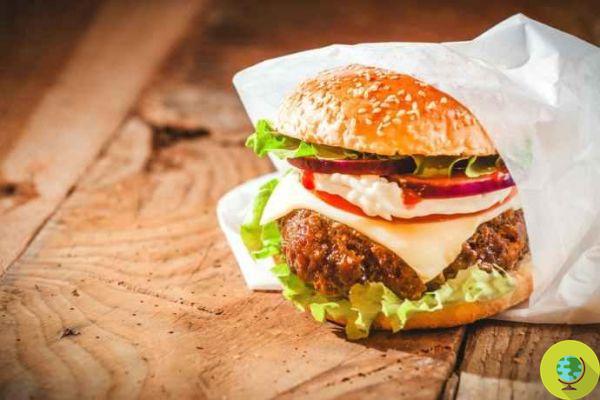 
Fast food and restaurants, but also canteens and highly processed products in general: we often subject our body to a flood of chemicals, the harmfulness of which is subtle and latent. Yet it is now known that the health problems to be linked to fast food food do not only concern the quality and type of ingredients used, but also the substances present in the food containers. First of all the phthalates.

A new study compared for the first time the phthalate exposures in people who have a habit of eating out versus the exposures of people more likely to eat home-cooked meals. Those who reported having multiple meals at the restaurant, fast food restaurant or canteen had levels of phthalates that were nearly 35% higher of those who said they eat mostly supermarket-bought food.

Already according to a 2016 research, people who ate often at fast food were exposed to higher levels of phthalates, up to 40% higher than those who ate out only infrequently.

Now, scholars from the Milken Institute School of Public Health at George Washington University in Washington DC, based on this research, have broadened their investigations and removed all doubts: people who dine more often in restaurants, as well as fast food restaurants, are exposed to higher concentrations of phthalates in their bodies.

Over the years, a growing number of published studies have warned about the potential health risks from exposure to phthalates. But what exactly are they?

Phthalates are chemicals added by the plastics industry to their products to make them more flexible and harder to break (from packaging to household cleaners, makeup, adhesives, plastics, perfumes, cleaners, vinyl flooring and other household items. daily use). Long suspected of being harmful to human health, phthalates are related to an increase in blood pressure in adolescents (referring to phthalates in cosmetics) and are toxic to the liver, testicles and reproductive system.

The new US study, which suggests that home-cooked food contains lower levels of phthalates, used data from the US National Health and Nutrition Examination Survey collected between 2005 and 2014. The 10.253 participants were asked to recall what they ate and where their food came from in the previous 24 hours. The researchers then analyzed the links between food intake and the levels of phthalate breakdown products found in each participant's urine sample.

They thus found that the association between phthalate exposure and meals outside the home was significant for all age groups, but the results were higher for teenagers. Teenagers who ate out often had 55% higher levels of phthalates than those who ate mainly at home. Especially blamed on store-bought cheeseburgers and sandwiches, particularly associated with high levels of phthalates, while the same home-made meals were so harmful.

"Pregnant women, children and adolescents are more vulnerable to the toxic effects of hormone-disrupting chemicals, so it's important to find ways to limit their exposures," say the scholars.

It goes without saying, therefore, that the ideal would be to drastically reduce the consumption of fast food meals, for a thousand and one reasons. But are we sure that, as for phthalates and given their widespread presence, eliminating hit and run meals at restaurants will stop our exposure to similar chemicals? In short, it is better to run for cover in other areas, choosing natural products for our care and remembering to always read the composition of the products shown on the label.

Eating too much rice can increase the risk of heart disease from arsenic. I study ❯