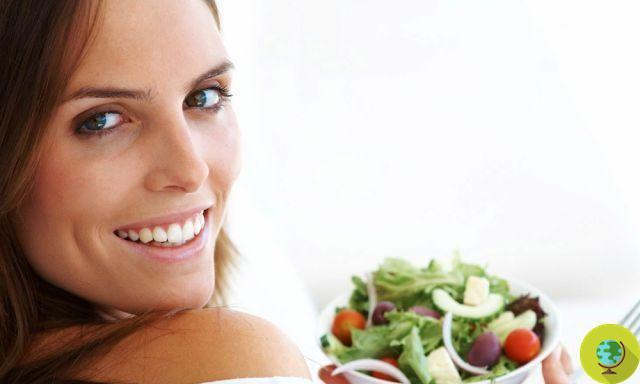 Here comes a new study in favor of organic. Always eating only organic fruit and vegetables, or in any case choosing them very often to replace conventional products, reduces the levels of pesticides in the urine by 65%.


A new study arrives in favor of the biological. Eat organic fruit and vegetables, or in any case choose it very often, instead of conventional products, reduces urine pesticide levels by 65%.

The consumption of organic food significantly reduces exposure to pesticides. Experts confirm this. In fact, we must not forget that pesticides present in food can remain accumulated in our body. Their presence is detected by urinalysis.

For the first time, researchers have been busy comparing urine tests to detect pesticides with eating habits of the volunteers selected for the study. Their attention was focused on organophosphate, among the most used pesticides in conventional agriculture, especially for the cultivation of fruit and vegetables.

It is toxic pesticides. THE'US Environmental Protection Agency classified them as highly or moderately toxic. It is worrying that even at low levels they are deemed capable of threaten the nervous system.

We, with our eating habits, determine the rate of exposure to pesticides for our body. In fact, it largely depends on whether or not to consume organic or conventional products.

I give collected by the experts concern 4466 subjects belonging to the Multi-Ethnic Study of Atherosclerosis, a large multi-ethnic study on atherosclerosis that looks at six different communities in the United States.

Already in the participants who tried to buy and consume organic food products at least occasionally, the levels of pesticides in the urine turned out to be much lower than those who always chose conventional products.

Those who ate organic always or very often revealed pesticide levels in urine 65% lower compared to those who were not interested in organic food and did not follow it, thus habitually consuming conventional food.

It is the first study which scientifically associates the levels of pesticides in the urine to the type of diet followed. In this case, it is an analysis relating to a single type of pesticide, but the evidence obtained is still relevant.

All that remains is to wait further studies to better understand the link between conventional or organic diet and the accumulation of pesticides in the body, not to mention that a study we talked about previously had already indicated that eating organic for a week reduces pesticide levels in the body by 90%.

add a comment of Eating organic reduces exposure to pesticides. Confirmation in a new study